Ford Motor denies reports to spin off its EV business

Earlier, reports claimed that Ford Motor is planning to separate its EV business from its legacy ICE vehicle business to ‘earn the sort of investor respect enjoyed by Tesla’.
By : HT Auto Desk
| Updated on: 24 Feb 2022, 08:56 AM 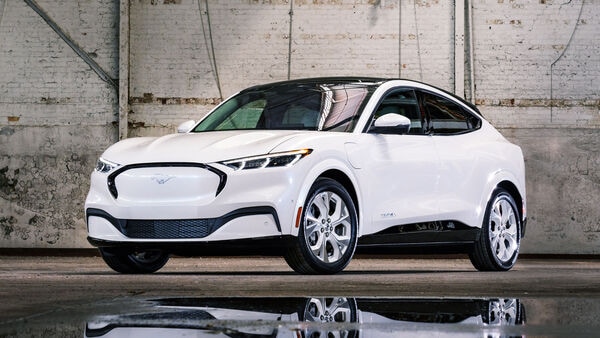 Ford Motor has denied plans to separate its electric vehicle business from the ICE-powered vehicle businesses. Jim Farley, CEO at Ford Motor, confirmed this on Wednesday, saying that the carmaker does not earn enough to be able to sustain both businesses separately.

"We have no plans to spin off our electric business or our ICE business. We know our competition is Nio and Tesla, and we have to beat them, not match them. And we also have to beat the best of the ICE players," Farley said during a conference.

Earlier, a report by Bloomberg claimed that Ford Motor is planning to separate its EV business from its legacy ICE vehicle business in hope to ‘earn the sort of investor respect enjoyed by Tesla’ as well as other pure EV makers. The carmaker has been reportedly pushed by investors to spin off their EV operations as a way to get better valuation of its EV business like other stand-alone EV makers like Tesla.

Farley also said that the Ford management team believes its EV and ICE businesses are underperforming. He also said Ford believes it can drive a lot more cost out of its traditional ICE business through better quality, lower structural costs and reduced vehicle complexity.

"We have too many people, we have too much investment, we have too much complexity and we don't have expertise in transitioning our assets. That's the simple answer. There's waste," Farley said. "To get the margins (on electric vehicles) ... that we see at a company like Tesla, we need to have real experts that can drive that scale," he added.

Ford has invested $30 billion till 2025 to step up its EV push. The carmaker plans to spend up to $20 billion by 2030 to transform its facilities to manufacture plug-in cars. The carmaker has increased the production of two of its EVs - the Mustang Mach-E and the F-150 Lightning pickup truck. It aims to produce 600,000 EVs annually in two years and generate as much as half its sales from battery-powered vehicles by 2030.

Recently the carmaker was also selected among 20 companies in India under the Centre's PLI scheme which aims to incentivise those who manufacture their vehicles locally. Though Ford has stopped manufacturing cars in India, the development hints at Ford's plans to expand its EV manufacturing operations in the country later on.