Does the 2020 Tata Harrier have what it takes to woo the SUV customer base in India, or is it just the same old SUV with more salt and pepper to the ingredients?
By : Prashant Singh
| Updated on: 16 Mar 2020, 05:15 PM 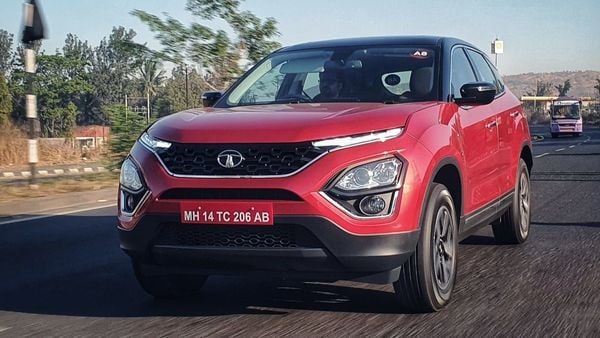 First launched in early 2019, the Tata Harrier took the SUV market by storm with its bold and unconventional looks, feature packed cabin, and of course the Land Rover sourced platform, which was one of its key highlights. It was poised to become one of the most famous SUVs of its segment but then the entry of Kia and MG stiffened up the competition for the Tata’s best product yet.

Out of all the minor bits here and there, one thing which was sorely missed was an automatic transmission. But it looks like Tata has taken care of the same with a yearly update. Along with the new transmission, the Tata’s flagship has also gained a host of new tweaks which are intended to polish its rough edges and make its arsenal more complete.

So is this what’s needed to woo the SUV customer base in India, or if it's just the same old SUV with more salt and pepper to the ingredients? Find out in HT Auto's first drive review report: 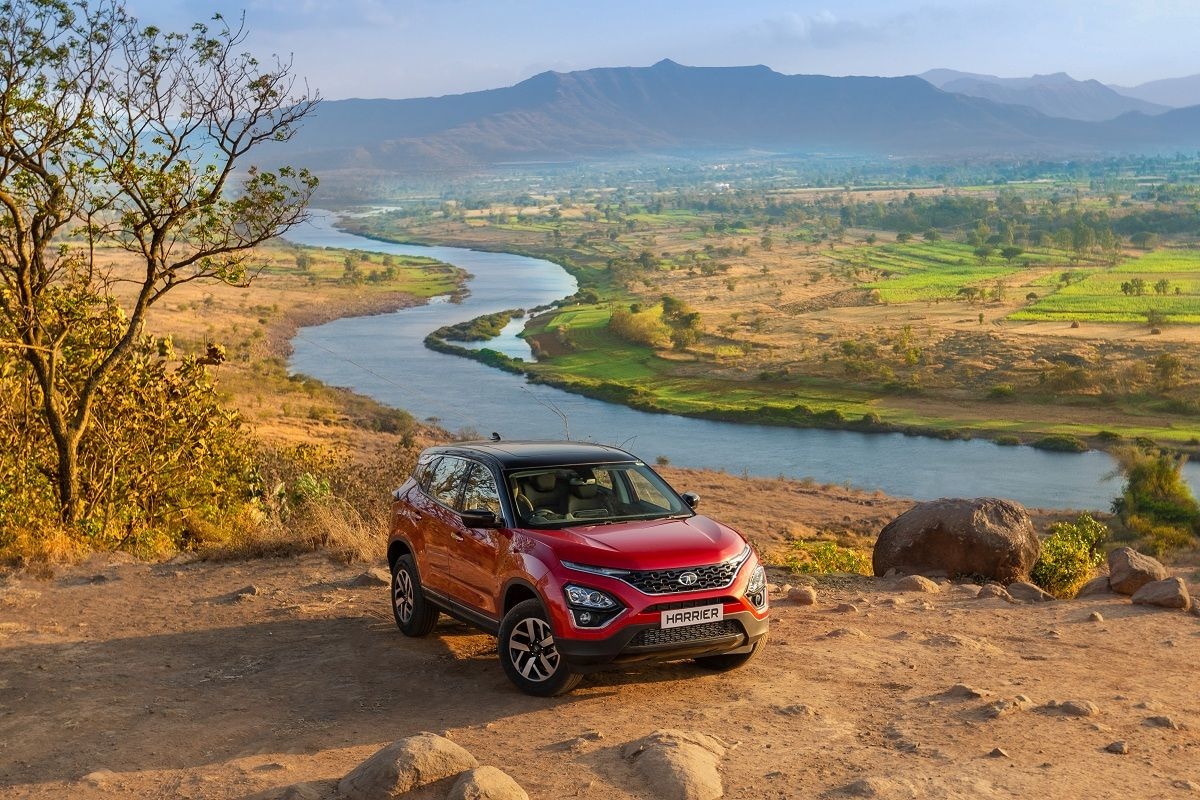 Well, first things first, there isn’t any major change brought to the exteriors of 2020 Tata Harrier. It now gets a new Calpyso Red colour scheme and some chrome elements which come part of its new accessory package. At the front, it has the same butch design featuring the sleek DRLs on its high-set bonnet and lower placed headlamps and foglamps. A minor change has been introduced to the headlamps' surround which now gets a darker pattern. While earlier, styling chrome elements could only be bought individually, are now clubbed together as a part of new accessory pack. Speaking of which, our test unit clearly featured an accessory pack with the main front grille (now darker) hosting a chrome base line and a similar treatment was also seen below the fog lamps section. Moreover, the earlier seen silver skid plate (front) now comes in all-black too.

Coming on to the sides, thankfully, the previous alloy wheel design has now been replaced with a diamond-cut setup which complements its overall fresher appeal. Also, the ORVMs have shrunk in size and are said to be more aerodynamically designed. Over the rear, things are pretty much the same save for the inclusion of an all-black treatment over the rear bumper and the chrome studded exhaust tips which look more glaring. All in all, it’s the use of a smart colour combination which make the Harrier 2020 look more appealing and adds flair to its overall design. 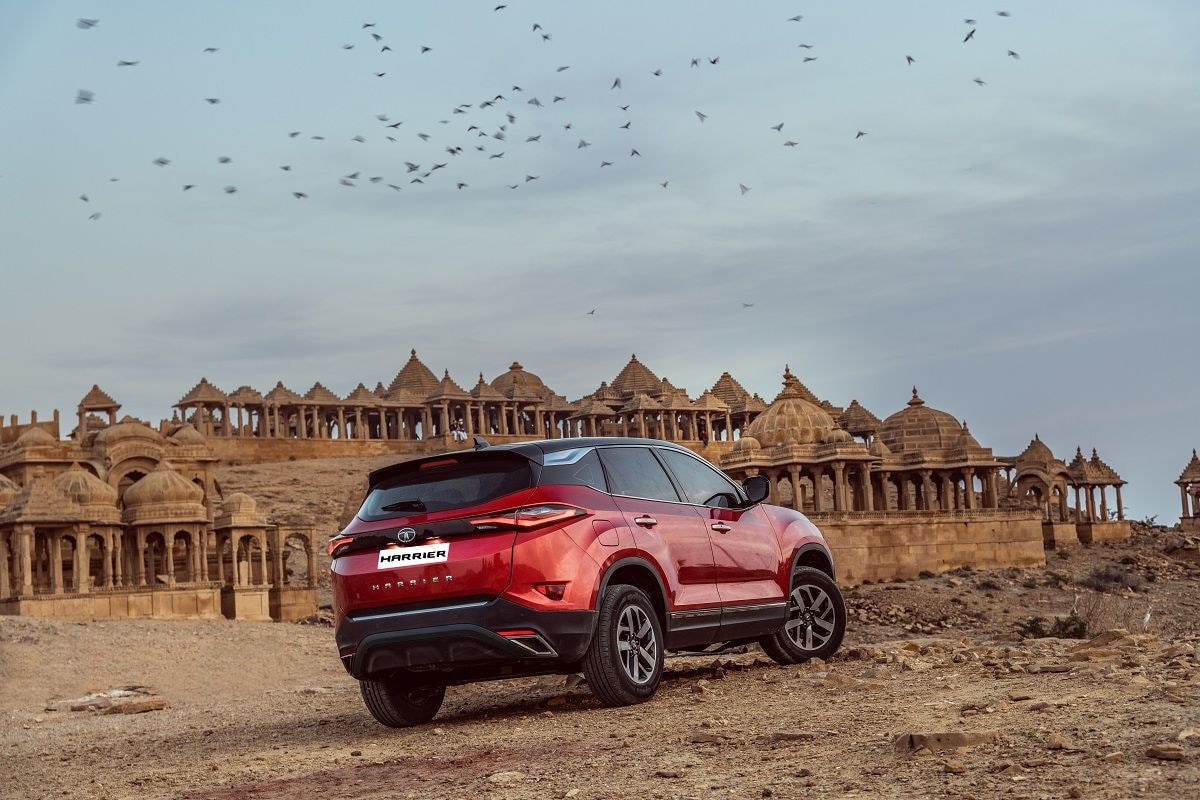 Jump inside and you’ll find that things are pretty much the same as they were in its previous avatar. The dash layout is the same with faux food treatment and clean 8.8-inch Floating Island touchscreen infotainment system with Android Auto and Apple CarPlay. What’s mainly changed is the addition of a new gearlever (with tri-arrow pattern) for automatic gearbox. Also, position for the front USB socket has also been changed and you don’t have to go full gymnastics to charge your smartphone device. We wished the airplane styled handbrake could have been sorted too, but let’s hope Tata listens to us when the next update arrives. The slot for phone parking remains the same, guarded by the pull lever type structures, which isn’t quite convenient for big sized smartphones. Also, Harrier offers no wireless charging which is definitely a big miss. Moving on, a new welcoming addition is the auto-dimming IRVM which makes the night driving tad more convenient.

While on the bigger picture, the cabin might appear to be a copy of the previous unit, but it isn’t. And the reason is inclusion of the wide panaromic sunroof which lights up the cabin, quite literally. Also, the sunroof comes with features such as one-touch opening, anti-pitch safety function and automatic closer upon car lock. The company has also gone a step ahead and introduced 6-Way Powered Driver’s seat with adjustable lumbar support. As for the second row, there is absolutely nothing changed, not by an inch. It still offers acres of space to fit in your sumo size tummy and giraffe legs. While the space (by width) for two occupants is far more than enough, a third occupant will have to brush soldiers, but we are only nit-picking here. All in all, second row is a place where we’d like to spend more time in the Harrier. 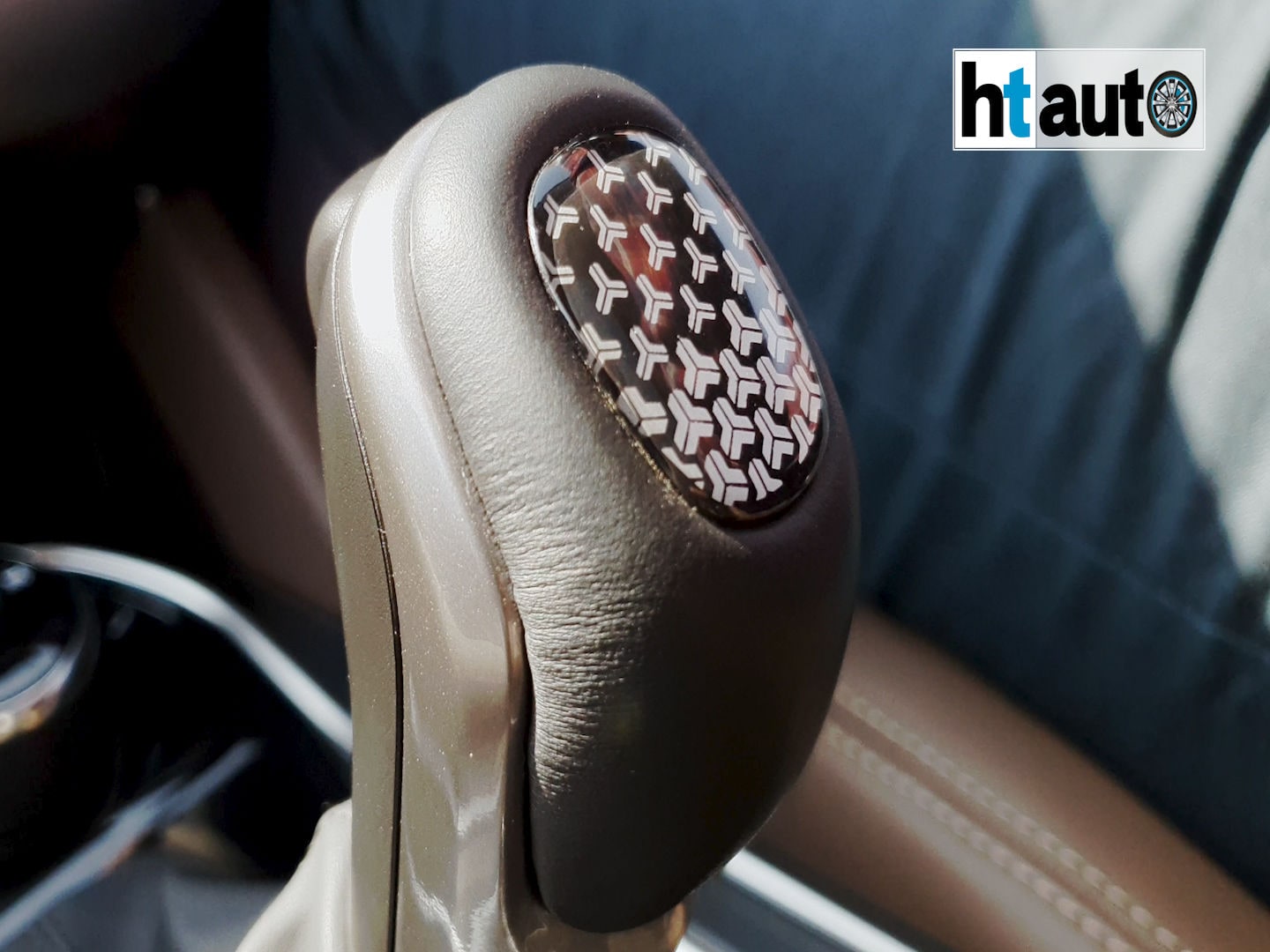 Another solid update to the new Harrier is its more powerful engine. It now gets a BS 6 compliant, Kryotec 2-litre diesel unit which delivers 170 PS instead of earlier 140 horsepower, the torque, however, remains the same at 350 Nm. Apart from the bigger power figures, what’s new is the addition of a 6-speed automatic transmission (Hyundai sourced), which is the most concrete update to the Harrier. The 6-speed manual transmission, as before, is also carried over.

The power bump is evident from the word go and you don’t need to be a pro to tell that and also the 6-speed AT works surprisingly well without any lag. The engine picks up pace in no time and is a delight to drive irrespective of the road conditions. Also, its predicable-yet-exhilarating power delivery made us feel safe when overtaking or engaging in a sporty drive.

Coming on to the 6-speed manual which is certainly more fun to drive, kept us engaged when flooring the pedal on wide open highways. It weighs over 1.6 tonne and the new engine complements its overall driving dynamics more than ever. The SUV feels nimble when cutting through the traffic and not once did it show its true weight, even when going in the full ‘fast and furious’ mode. The mechanical grip it has on corners is also quite reassuring but at the same time it could use slightly more feedback on the steering. When doing highway speeds, it shows the required stability and thus cruising all day long on triple-digit speeds isn’t an issue at all. 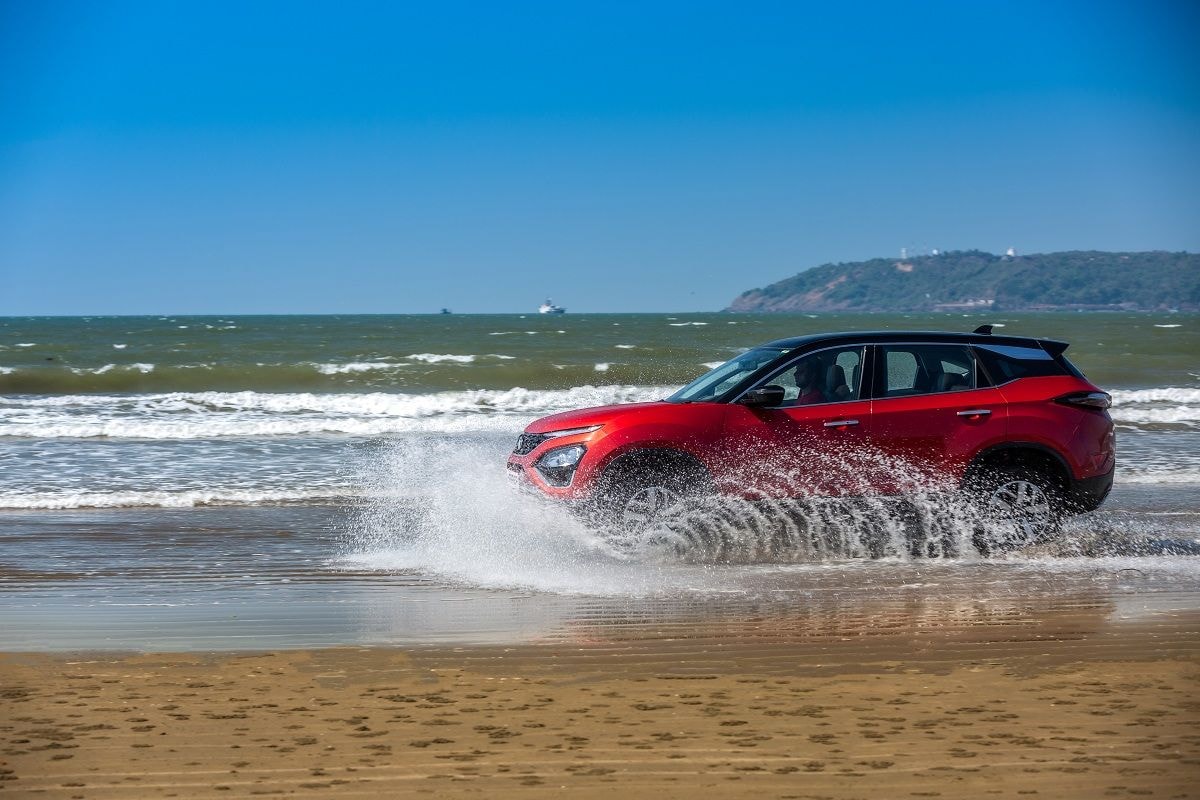 The ride quality on the Harrier isn’t exactly plush, but only adequately comfortable. The stiffness from the suspension is there but with momentum it irons down uneven surfaces and even big-sized potholes.

The company says so, and we wouldn’t disagree. The cabin does cocoon you from everything that’s happening outside, but there is still a space for improvement as the test unit we drove had some sort of air whining on the driver’s side. But everything else from the engine clutter to tyre noise was well contained, and certainly improved.

With the Harrier 2020, Tata has certainly improved upon an already good package. It is Tata’s ace product and a beacon of the company’s evolving vision which will lead the way to an entire new generation of Tata products to be seen in the future.

While the addition of automatic transmission and the massive panaromic sunroof promise to be prime additions, the question is, if these updates are enough for a segment which is the most competitive space these days? If it was two years back, the answer would have been a big ‘Yes’, but for now Harrier may need a little more than that.