Skoda confident of selling 21k units of Kushaq in India in 2021. Here's the plan 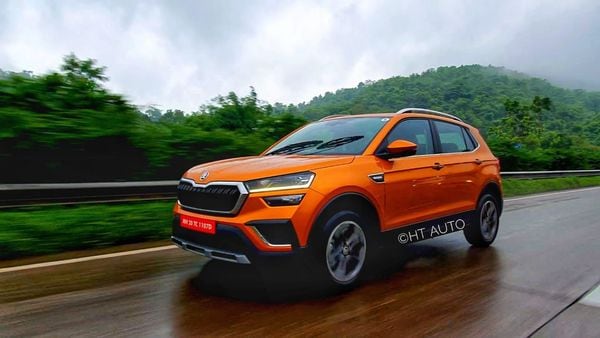 Skoda has launched its much-awaited Kushaq mid-sized SUV in India on Monday. The all-new SUV will compete with rivals like Hyundai Creta, Kia Seltos that are already well established. Despite the tough competition ahead, Skoda is hopeful to sell at least 30,000 cars in 2021 and among them, 21,000 would be the Kushaq. Skoda is also hopeful to sell 60,000 units next year. Also, the carmaker has hinted that a Monte Carlo Edition of the SUV is possible for the Indian market in near future.

Despite being in a segment where Creta and Seltos are already well established, Hollis is optimistic about a good show by the Kushaq. For this, he pointed to the design, TSI engines, features and overall package of the newly launched SUV. "We tried to offer as many features as possible over the competitors in the same price segment," said Hollis.

The Skoda Kushaq misses out on some features and diesel engines though, which are available in its competitors. That won't be much of a problem for the Kushaq to impress the consumers over the rivals, believes Skoda Director.

The Hyundai Creta and Kia Seltos have been performing well in the urban market, especially in the metro cities. With a similar kind of package of features and an attractive design, Skoda too is aiming to target the small and young families with its Kushaq SUV.