The new Hyundai i20 will come with a hi-tech interior design, highlighted by two 10.25-inch displays for instrumentation and infotainment.
By : Sabyasachi Dasgupta
| Updated on: 28 Mar 2020, 09:05 AM 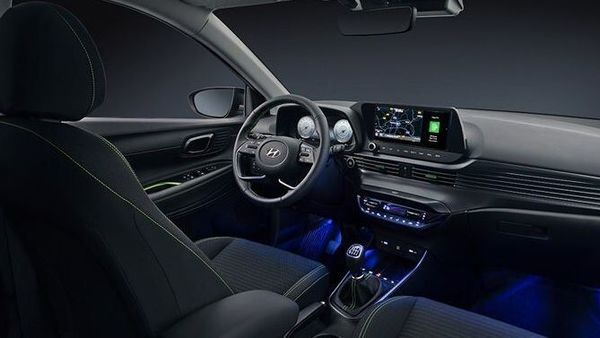 Interior of the new Hyundai i20

About a month has passed since Hyundai released the first official images of the third generation of the Hyundai i20. After revealing the external look of the model, the Korean House has shared unpublished photos that showcase the car's interior.

The interiors of the new i20 sport a new dashboard that develops horizontally. The driver's side boasts an unprecedented 100% digital instrumentation based on a 10.25-inch display, customisable according to the driver's needs.

There is also a redesigned steering wheel equipped with four spokes, with the upper ones equipped with multimedia controls. At the upper end of the dashboard there is a second 10.2-inch touchscreen dedicated to the car 's infotainment system . The latter allows you to manage numerous functions, including those of satellite navigation, wireless smartphone connectivity (compatible with Apple CarPlay and Android Auto), automatic air conditioning management and also the Bose Premium sound system equipped with eight speakers and of subwoofers. 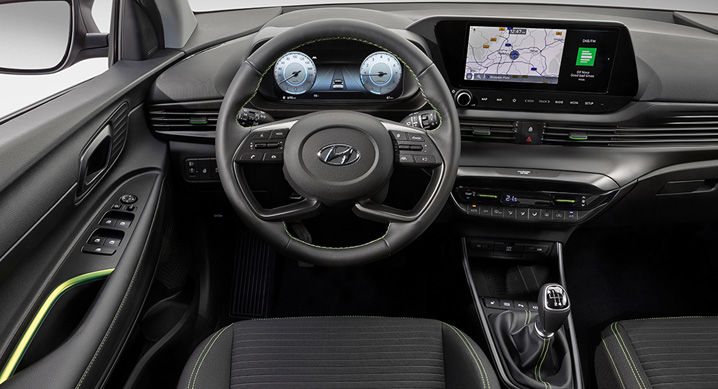 The redesigned steering wheel is equipped with four spokes

At the centre of the dashboard there is a sort of band which houses the air vents, while immediately below are the electronically controlled air conditioning controls. Finally, the central tunnel houses the platform for wireless charging of the smartphone , the gear lever, that of the traditional and non-electronic handbrake.

The cabin becomes more sophisticated thanks to the introduction of a new lighting system which gets a higher level of aesthetic customisation with new options and chromatic combinations including details in contrasting Lime Green colour that add to the options in black or a combination of black and grey. 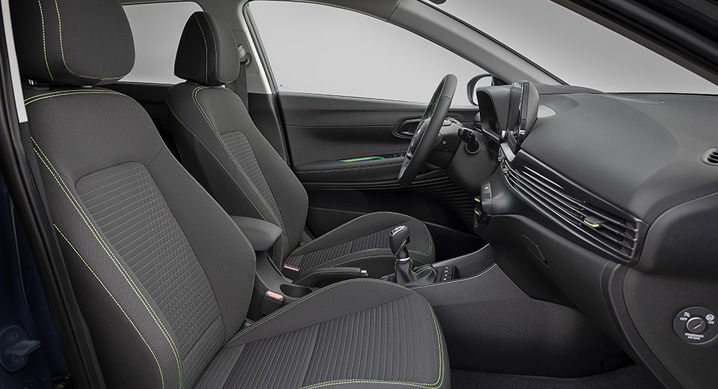 The fresh interior of the new Hyundai i20 also gives us a hint at what some of the upcoming facelifts from the Hyundai stable, like the Accent, would look like.

To increase the safety offered by the car, Hyundai engineers have implemented the equipment of ADAS systems by proposing Hyundai SmartSense assisted driving systems equipped with new features. It includes the Navigation-based Smart Cruise Control (NSCC), which uses the navigation system to anticipate curves or straights arriving on motorways, automatically giving speed. There is also the Intelligent Speed Limit Assist (ISLA) which autonomously adapts the speed to the limits set by the highway code.

The 48-volt mild-hybrid technology that aims to optimise emissions and fuel consumption makes its debut on the Hyundai i20 for the first time. The mild hybrid is combined as an option with the 100 hp 1.0 T-GDi turbo petrol engine , while on the 120 hp variant of the same unit it is offered as standard. The engines are mated to an intelligent six-speed manual transmission ( iMT ) combined with the 48-volt system that allows the car to enter coasting mode (sailing in neutral), thus offering additional fuel savings.