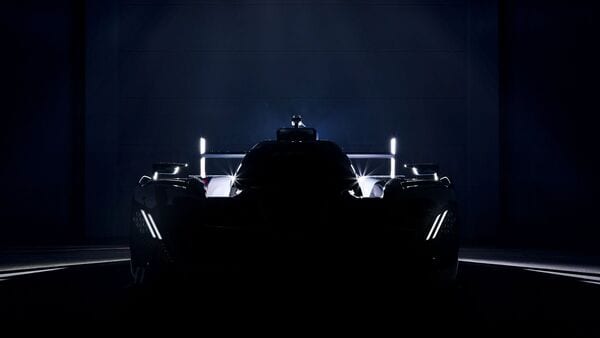 BMW LMDh comes with several elements influenced by street-legal cars of the automaker.

The majority of the car's finer details are still in dark. However, the teaser image hints at what we may look at once the automaker take off its cover. If the previously rendered image published by the automaker is to be considered, expect the upcoming BMW LMDh model to come with the automaker's signature sleek kidney grille flanked by slim vertically positioned headlights. Also, there would be sharp mirrors and at the top, there would be a huge front splitter. The headlamps come with integrated bifurcated LED strips.

Spot on the #BMWM LMDh car!

The car gets a hood-mounted air intake and a massive wing. It looks like BMW has not followed the same route as Peugeot, which relied on underbody aero elements for rear-end downforce for its LMDh hypercar. BMW has clearly taken influence from its modern street-legal production models. The car comes based on a chassis produced by Dallara.

The German luxury car brand has indicated that it will be campaigning two LMDh cars in the IMSA WeatherTech SportsCar Championship. The first car has been produced at BMW's factory in Italy. It is slated to make its track debut at the Varano circuit this year before racing for the first time at the Rolex 24 at Daytona in January 2023.