Your electric car is more than just a car

Home-to-car connection systems could even let an EV work as a temporary generator to power a house during a blackout.Automakers could see high margin growth in the future by essentially becoming software companies, using data collection from drivers and the electric grid infrastructure.
By : Bloomberg
| Updated on: 04 Jun 2020, 14:43 PM 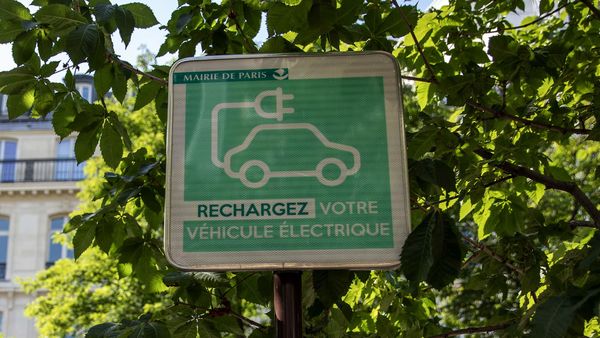 For companies trying to make it through the pandemic, pivoting and repurposing has been crucial to retaining business. But can that happen for automakers?

Investors are focusing on the idea that we need to think of cars as more than just an automobile to keep selling them in a post-coronavirus future. There’s no turning back on the momentum toward electric vehicles as carmakers have already invested billions of dollars in new models yet to hit the market. But the young sector has suddenly run into speed bumps: a pandemic that is slowing car sales overall and an oil price drop that reduces some of the incentives for would-be EV buyers.

That will cause a predicted 18% plunge in EV sales this year, according to BloombergNEF, but sales have still held up in some countries due to subsidies and waiting lists for cars that are in short supply.

There are other reasons people might still want to buy EVs, even if gas guzzlers are being sold at steep discounts. Increasing air pollution regulations in cities could improve the value of EVs, and used Teslas are often better at retaining their value in resale markets. 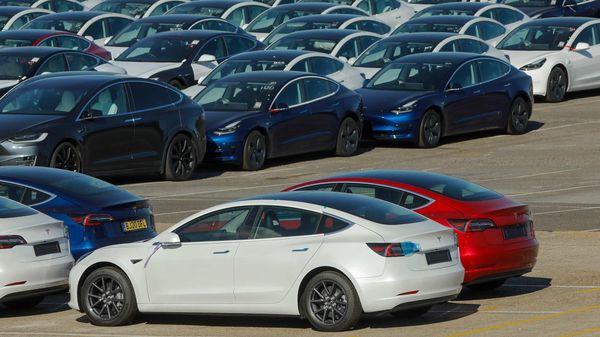 Tesla cars lined up at Southampton port in the UK, (File photo) (Bloomberg)

Also, the possibility that EVs could one day be part of the whole electric ecosystem may make them more interesting to buyers, says Geoffrey Eisenberg, a partner at The Ecosystem Integrity Fund in San Francisco. He’s betting automakers will focus more on the capability to connect electric cars to the grid, where users could actually generate income by providing energy storage.

Home-to-car connection systems could even let an EV work as a temporary generator to power a house during a blackout. “There’s five days of power sitting outside my home in an electric vehicle right now, I just can’t access it yet," Eisenberg says. In the future, EVs could provide critical infrastructure in places like California where the prospect of wildfire-related blackouts could slow the work-from-home economy, he says.

Electric car infrastructure and related jobs could also be a way to attract stimulus. And for car companies, there will ultimately be a lot of potential in leveraging their EV, autonomous driving and grid-related software.

Morgan Stanley autos analyst Adam Jonas said in a note to clients last week that automakers could see high margin growth in the future by essentially becoming software companies, using data collection from drivers and the electric grid infrastructure. Investors might be “willing to pay a higher multiple" for a car company with recurring software revenue, Jonas wrote.