Germany included a 6,000 euro incentive for battery electric cars costing below 40,000 euros in its stimulus package to speed up the country's recovery from the coronavirus.The price threshold means premium carmakers like BMW, Mercedes, and even Tesla are not eligible for the full amount.
By : Reuters
| Updated on: 04 Jun 2020, 02:55 PM 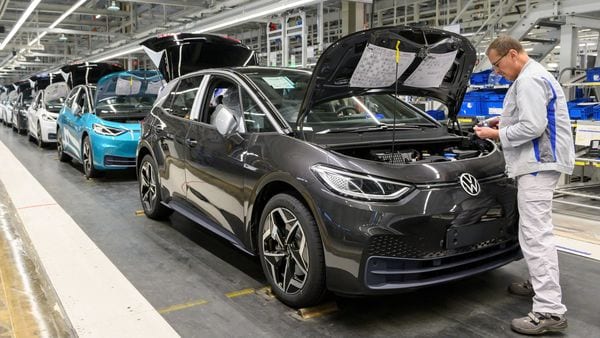 File photo: An employee works at a production line of the electric Volkswagen model ID.3 in Zwickau, Germany.

Buyer incentives for passenger cars, including a lowering of value added tax to 16% from 19% were included as part of a 130 billion euro ($145.74 billion) stimulus package to speed up Germany's recovery from the coronavirus.

This brings consumer incentives for electric cars to 9,000 euros once a 3,000 euro manufacturer stipend is included, but the 40,000 price threshold means premium carmakers like BMW, Mercedes, and even Tesla are not eligible for the full amount.

Germany has unveiled sweeping incentives for cheap electric cars and for hybrid vehicles.

Tesla's Model 3 retails starting at 43,990 euros in Germany while prices for the Mercedes EQC start at 71,590 euros and Audi's E-Tron prices start at around 69,900 euros.

The stimulus will benefit mainly cheaper electric cars like Kia's e-Niro, which starts at 34,290 euros while VW's new ID3 model will cost 29,990 euros when it launches this summer. Peugeot's e-208 GT, costing 36,600 euros, will also benefit. 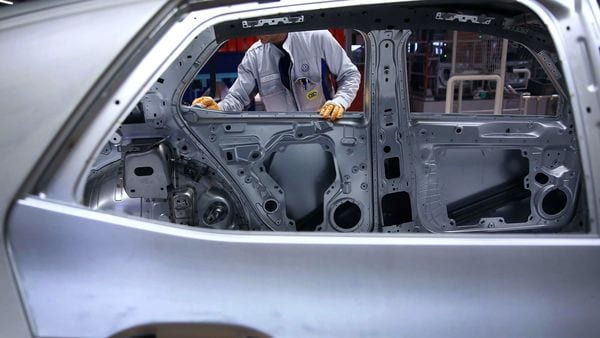 An employee carries out quality checks on a chassis on the assembly line in the Volkswagen AG (VW) ID.3 electric automobile factory in Zwickau, Germany. (Bloomberg)

Germany said its motor vehicle tax will be reformed. From January 2021, cars with an emission of more than 95 grams of CO2 per kilometre will face a staggered tax.

The average vehicle emissions of a new car last year in Germany was around 150.9 grams of CO2 per kilometre.