James Dyson, UK’s richest man, had recently stated in an interview that he wasted his own money to produce the electric car, codenamed N526, that 'could rival even Tesla.'
By : Sabyasachi Dasgupta
| Updated on: 05 Jun 2020, 12:24 PM 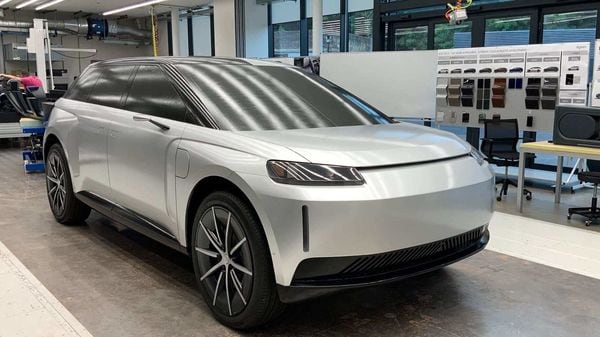 James Dyson, UK’s richest man with an estimated wealth to the tune of 16.2 billion pounds (around ₹1.5 lakh crore), has shared more pictures of his failed electric vehicle project.

The electric SUV, codenamed N526, was aimed to challenge Tesla’s electric vehicles. During the interview, Dyson revealed that and he had to fund about 500 million pound from his own pocket to get the scrapped project off the ground.

The new pictures have revealed more details about the failed seven-seater EV with a claimed range of 965 kms (600 miles), much more than any Tesla cars on offer.

The new pictures reveal the 5-metre-long SUV weighing more than 2 tonne with Dyson branding on the rear. It also wears a huge 24-inch wheels for better ground clearance than most other rivals.

Dyson explained the reason behind the sheer size of the electric SUV was keeping the Chinese market in mind. The enormity of the electric SUV also allowed to fit in three rows of seats. It had a 150kWh lithium-ion battery installed across the floor with quick charging cells. Dyson had planned to place the batteries in tray-like chambers so that it could be replaced easily in case in future compact, lighter solid-state batteries became available.

He had also said that the reason behind scrapping the project was the immense cost to build it and the lack of profitability. He said how he blew more than 500 million pound of his own money to fund the project. He also said that to make profit he needed to sell each of these electric SUVs for no less than 150,000 pound (around ₹1.37 crore).