Toyota Kirloskar is also looking to expand its footprints in Tier-II and -III markets, especially with models like Urban Cruiser and Glanza.The company aims to dispatch around 1.3 lakh units this year as compared to 76,111 units in 2020.
By : HT Auto Desk
| Updated on: 19 Dec 2021, 14:55 PM 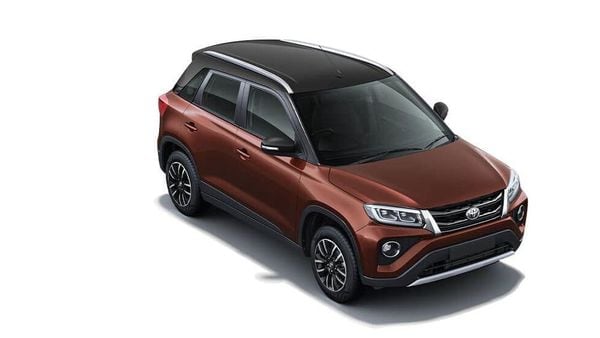 Toyota Urban Cruiser has been a runaway success for the company, garnering sustained demand from younger customers.

Toyota Kirloskar Motor (TKM) is expecting a growth of around 60 per cent in the overall wholesales in the current year as compared to last year. The company has attributed this to the rising demand trends gravitating back to pre-Covid times, a senior company official told PTI.

Toyota is witnessing a constant increase in customer orders and is looking at dispatching around 1.3 lakh units this year as compared to 76,111 units in 2020. "For 2021, we are hopeful of closing the year with over 60 per cent growth to show over last year's annual wholesales," the company's Associate General Manager - Sales and Strategic Marketing, V Wiseline Sigamani said.

(Also read | Toyota to make record 800,000 vehicles in January as it ramps up production)

The company sells models like Fortuner, Innova Crysta and Urban Cruiser in the domestic market. Of these, Crysta and Fortuner continue to dominate in their respective segments. "More so after we launched the Legender, which has received a tremendous response from our customers and it has become the flagship model in this segment," Sigamani informed. He added that product refreshments in both these models have helped retain customer interest.

The Glanza and the Urban Cruiser too have been runaway success for the company, garnering sustained demand from younger customers. “All other segments have also attracted good traction which is reflected in our sales performance in November," Sigamani stated.

Speaking of the coming year, Sigamani noted that the new year will bring several opportunities for the company along with likely challenges. “We also think that the market will remain cautiously optimistic, with demand set to stabilise. Growth for us is not just defined in terms of sales numbers but with an enhanced product portfolio," he said.

Toyota Kirloskar is also looking to expand its footprints in Tier-II and -III markets, especially with models like Urban Cruiser and Glanza.