SEAT urges Spain to 'wake up' and promote electric cars

Carmakers are ramping up production of battery-powered vehicles to try to meet tough European emissions regulations, but the hefty costs involved have come just as demand for cars has been hammered by the coronavirus crisis.
By : Reuters
| Updated on: 09 Jul 2020, 09:16 AM 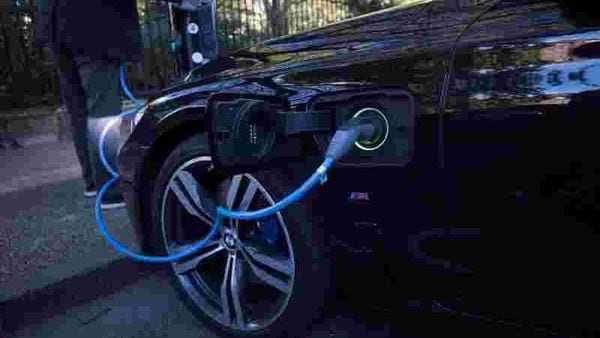 File photo: A driver plugs a cable into a Source power point to charge his electric car in London, Britain. (Image used for representational purpose)

Spain needs to "wake up" and follow other European countries in giving more incentives for electric cars, the head of Volkswagen's Spanish brand SEAT said on Wednesday.

The comments from interim chairman Casten Isensee came as SEAT announced a step up in investment to 5 billion euros ($5.7 billion) for 2020-2025 and said it was prepared to build electric cars in Spain - if the government did more to help.

Carmakers are ramping up production of battery-powered vehicles to try to meet tough European emissions regulations, but the hefty costs involved have come just as demand for cars has been hammered by the coronavirus crisis.

Several governments have launched aid packages for the sector, often including incentives to buy electric cars.

"Countries like Germany, Netherlands, Sweden and France are much more sophisticated in the willingness to prepare their countries in line with the Paris agreement to substantially reduce the CO2 footprint," Isensee told Reuters.

Spain's Socialist-led government announced on June 15 a 3.7 billion euro aid package for the auto industry. It included a 250 million euro scheme to encourage drivers to trade in older cars for new low-emission and electric vehicles.

Isensee said the help was a "step in the right direction", but insufficient. He said there was practically no electric charging network and more incentives were needed as the average Spanish car is 13 years old, signalling weak purchasing power.

He said a public-private collaboration was needed to have more electric vehicles in the next three years, including companies such as wind power producer Iberdrola .

SEAT's new investment plan compares with the 3.3 billion euros it spent in 2016-2020. It includes new electric vehicles after the first one launched last year.

SEAT is willing to make electric vehicles at its main Martorell plant, outside Barcelona, starting in 2025, but this will depend on government support and other factors, Isensee said.

He added SEAT's second quarter would be worse than the first, when it made a 48 million euros loss due to the health crisis, but was confident the company would recover.

While 2020 production would be well down on 2019 due to factory closures during the coronavirus lockdown, there were no plans to reduce the workforce, he said.

He added SEAT was not interested in the Barcelona plants that Nissan Motors <7201.T> intends to close.

After record sales in 2019, SEAT had a turbulent start to the year as Luca de Meo stepped down as chairman in January, later becoming Renault's chief executive.