Deliveries of Lamborghini Urus in India had started in September of 2018 and 50 units were sent within a year.Globally, Urus was first showcased at Lamborghini's first-ever SUV in December of 2017.
By : HT Auto Desk
| Updated on: 02 Mar 2021, 11:46 AM 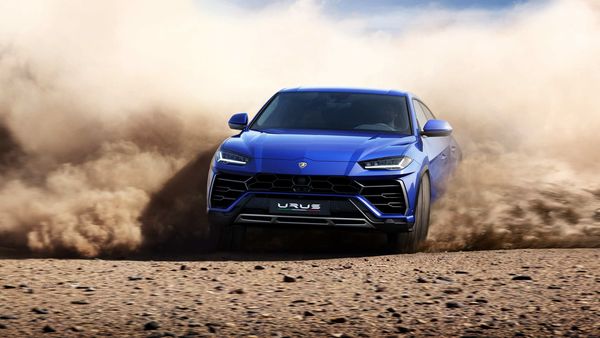 Lamborghini India on Tuesday announced it had delivered the 100th unit of Lamborghini Urus, the high-performance SUV that was launched for the first time here back in January of 2018. Priced at ₹3 crore (ex showroom), Lamborghini Urus is imported to the country via the Completely Built Unit (CBU) route.

The deliveries of the first batch of Lamborghini Urus had started in September of 2018 and the super luxury car maker had reported a positive response for the SUV. Within a year of deliveries commencing, 50 units had been dispatched.

With a front-mounted, 4.0 liter V8 twin-turbo engine which produces 650 hp and has 850 Nm of torque, Urus managed to attract many. "The Urus has created a unique position for itself in the super luxury car segment in India, not just by creating a completely new category but, more importantly, growing the entire segment," said Sharad Agarwal, Head at Lamborghini India. "In India, Urus has proven to be a game changer for Lamborghini and currently contributes to over 50 percent of the brand volumes in India."

Agarwal also highlighted that Urus, which can fire to 100 kmph in just 3.6 seconds, has also seen traction from Tier 2 cities in the country.

A super sports car in an SUV form factor, the Urus gets six driving modes and comes in multiple colour choices.

Globally, Urus was first showcased at Lamborghini's first-ever SUV in December of 2017. In year 2019, the car maker had sold a total of 4,962 units. Urus has become a key player in the Lamborghini's global product portfolio, banking on the trend of preferring bigger SUVs that is catching on in several markets. Urus finished ahead of Huracan's 2,139 units while the third most selling model was the Aventador which stood at 1,104 units.