Kia continues to underline the preference for EVs to power its prospects across the world.
By : HT Auto Desk
| Updated on: 22 Jul 2022, 12:43 PM 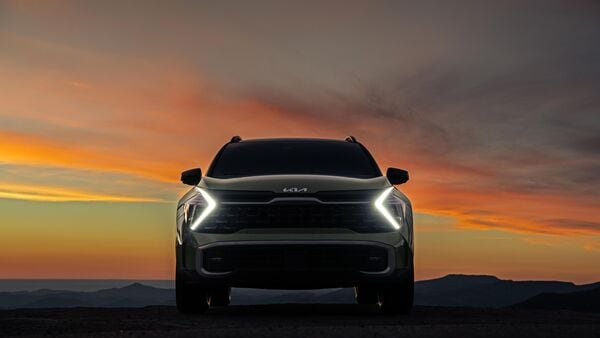 With an emphasis on EVs as well as SUV body type like the Sportage (in pic), Kia expects to fare strong in the global market for the remainder of the year.

Kia Corporation on Friday announced its Q2 2022 business results, reporting a rise in operating profit by around 50 per cent. While sales in the home market of South Korea as well as globally were down when compared to Q1 of 2021, the rise in net profit by 40.1 per cent is likely to be a shot in the arm at a time when the company expects challenges from the semiconductor shortage to be easing.

Kia highlighted that between April and June of this year, it had sold 733,749 units across the world. This is a 2.7 per cent decrease from the same period of last year. While 592,881 units were sold outside of South Korea - a 2.1 per cent dip, the company's sales performance within South Korea came down by five per cent. Kia’s second-quarter operating profit, however, increased by 50 per cent to KRW 2.23 trillion from KRW 1.49 trillion a year earlier, with an operating profit margin of 10.2 per cent. The company also recorded a net profit (including non-controlling interests) of KRW 1.88 trillion, a 40 percent increase from a year earlier.

Kia is crediting a continued strong response for its products for its faring and says the increase in adoption of electric vehicles will further improve prospects. For the second quarter, Kia recorded retail sales of 133,000 electrified vehicles, accounting for 17.7 percent of overall sales which is an 8.7 percentage point increase from year earlier. Of the electrified vehicle sales, retail sales of BEV models accounted for 44,000 units, a 98 percent increase year-on-year.

Moving forward, Kia expects its strong showing in the EV space to continue while the company is also confident of the overall demand for passenger vehicles to rise. The challenge though still pertains to adjusting production and market distribution in line with inventory status and to bring down manufacturing disruptions.