Anand Mahindra will transition to the role of Non-Executive Chairman of the Board of Mahindra and Mahindra LtdPawan Goenka will be re-designated as Managing Director and CEO
By : IANS
| Updated on: 21 Dec 2019, 02:10 PM 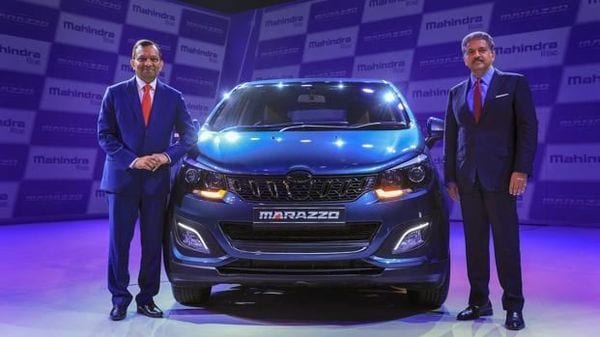 With the $20.9 billion Mahindra and Mahindra Group undergoing a transition, as over the next 15 months, a number of key leaders are set to retire. In the light of this, a succession plan has been instituted under the aegis of the Governance, Nomination; Remuneration Committee (GNRC) of the Board. The process has been completed in a structured manner after and rigorous review of top management succession, which has now been ratified by the Board of Directors.

The means that with effect from April 1, 2020, Group Chairman Anand Mahindra will transition to the role of Non-Executive Chairman of the Board of Mahindra and Mahindra Ltd. This is in accordance with the SEBI guidelines and will further enhance the independence of the Board.

As Non-Executive Chairman, Mahindra will serve as a mentor and sounding board for the Managing Director on issues to be presented to the Board, especially in the areas of strategic planning, risk mitigation and external interface. In addition, he will be available to provide feedback and counsel to the Managing Director on key issues facing the enterprise. Dr Anish Shah and Rajesh Jejurikar appear to be the rising stars in the new dispensation.

Dr Pawan Goenka will be re-designated as Managing Director and CEO with effect from April 1, 2020. There will be no change in any reporting relationships as a result of this re-designation. He will retire on April 1, 2021. Goenka will continue to retain direct responsibility of Ssangyong Motors as Chairman of its Board till his retirement date.

Anish Shah will transition to becoming Managing Director and CEO on April 2, 2021 with full oversight of all Group businesses, in two phases:

** On April 1, 2020, he will join the Mahindra and Mahindra Board as Deputy Managing Director and Group CFO, with responsibility for the Group Corporate Office and full oversight of all business Sectors of the Group other than Auto and Farm Sectors (AFS). He will have direct accountability to the Board for his non-AFS responsibilities.

On April 1, 2020, Jejurikar will join the Mahindra and Mahindra Board as Executive Director (Auto and Farm Sectors), with direct operational responsibility and accountability for the sectors. He will report to Goenka for the transition year and then report to Anish Shah from April 2, 2021 onwards.

On April 1, 2020, C.P. Gurnani, Managing Director; CEO of Tech Mahindra Ltd, will join the Mahindra and Mahindra Board as a Non-Executive Director.

Rajeev Dubey, Group President (HR; Corporate Services); CEO (After-Market Sector), will retire on April 1, 2020 on reaching the age of superannuation. He will continue to be associated with the Group in a non-executive and advisory capacity.

Parthasarathy and Ruzbeh will report to Anish Shah.Announcing these changes, Anand Mahindra said: "This plan reflects Mahindra and Mahindra's depth of management talent and will ensure continuity in terms of culture, values, governance and operational effectiveness. In my new role, I see myself as the conscience keeper of the Mahindra Group, as the custodian of its values and the watchdog of the interests of its shareholders. Internal audit will continue to report to me. I will continue to exercise oversight through the Board."

Speaking on behalf of the Governance, Nomination; Remuneration Committee (GNRC) of the Board of Directors of Mahindra and Mahindra Ltd., its Chairman M. M. Murugappan said: "The GNRC interviewed internal candidates and also considered the prospect of external candidates. This thorough and rigorous process reflects the highest standards of corporate governance. We are confident that the new leadership team is well equipped to perpetuate the Mahindra Rise culture and values while ensuring rapid and profitable growth."

There will be further changes, both at the Group Corporate Office and Auto and Farm Sectors. These changes will be announced on December 23, 2019.