Ford has been on the back-foot for quite some time now but under new CEO Jim Farley, has managed to script a turnaround of sorts.
By : Bloomberg
| Updated on: 29 Oct 2020, 07:48 AM 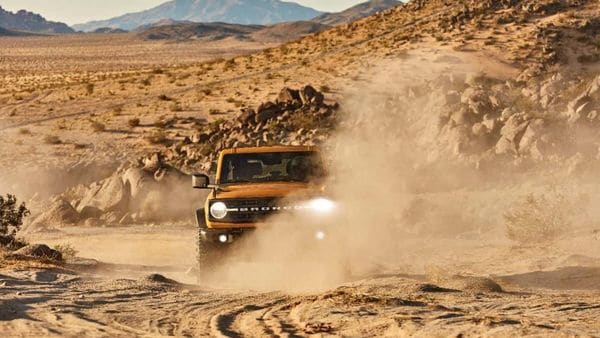 The launch of Bronco (in pic), electric Mustang Mach-E and a redesigned F-150 pickup may have helped Ford revive its fortunes in the US.

Ford Motor Co., riding a wave of momentum from new models and new management, handily beat expectations with third-quarter earnings that outran the economic effects of the coronavirus pandemic. Fueled by strong sales of pricey pickups, Ford posted adjusted earnings per share of 65 cents, well above the 19 cents analyst consensus forecast. Big profits in North America offset weakness overseas, allowing the company to revise its full-year forecast. It now expects to stay in the black this year, a reversal from an earlier outlook for its first annual loss in a decade.

Ford’s stock rose as much as 7.8% in postmarket trading after closing Wednesday at $7.70. The shares are down about 17% this year.

The long-suffering automaker is enjoying a surge in sentiment since industry veteran Jim Farley became chief executive officer Oct. 1, replacing retiring Jim Hackett, to whom Wall Street never warmed. Intense and demanding, Farley is expected to jumpstart a turnaround that has been sputtering for years. The latest quarterly results help position the company to put the worst behind it.

Ford said adjusted earnings before interest and taxes came to $3.6 billion in the quarter compared with $1.8 billion a year ago. Revenue in the quarter was $37.5 billion, above the $33.98 billion analysts anticipated. 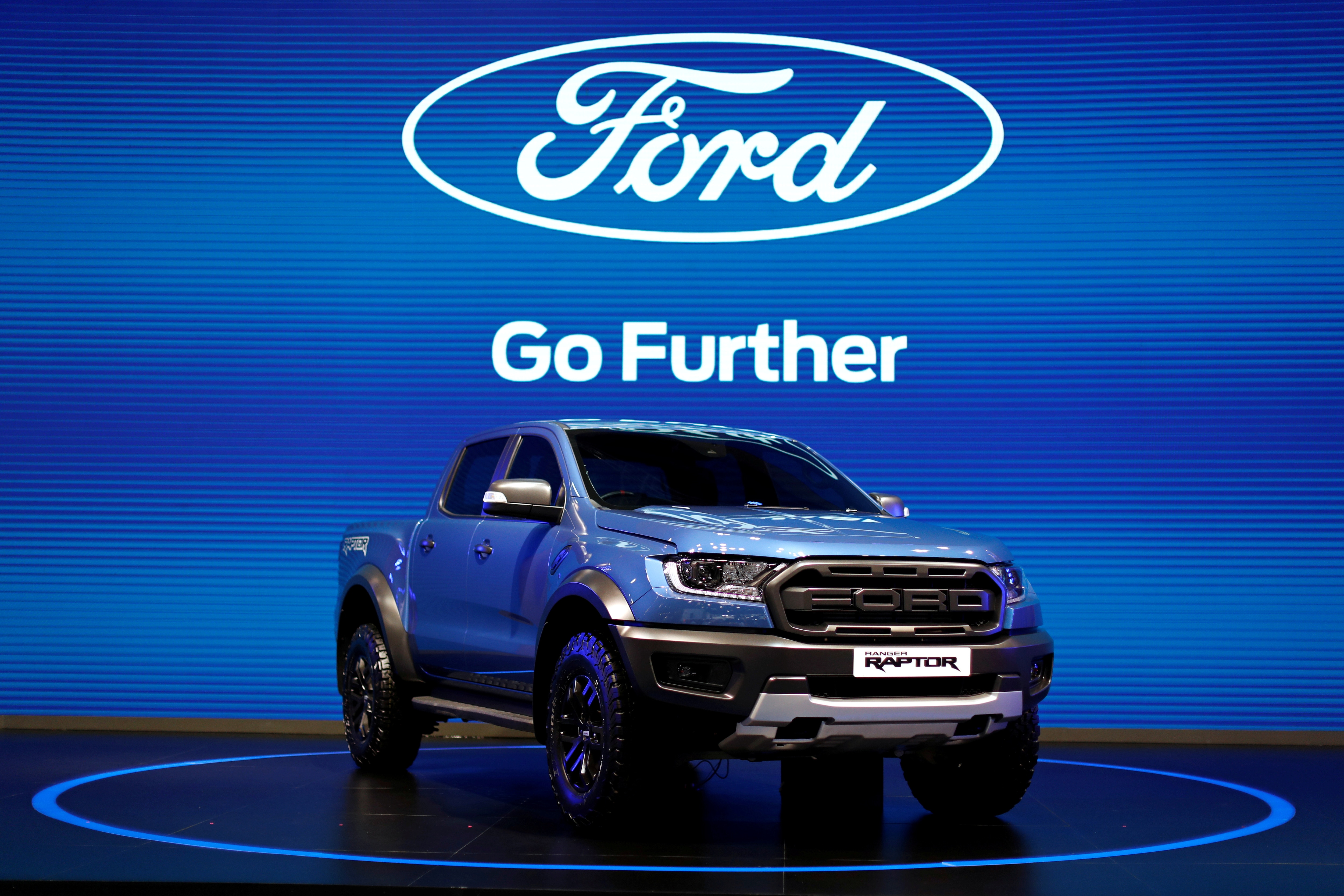 Farley said the bullish performance belies underlying woes that need to be resolved before the carmaker can achieve its goal of sustainable profit margins above 10% in its core North American market.

“Despite the strong numbers in the third quarter, we know we haven’t fixed the issues that have held us back in our automotive business," the CEO said on a conference call with analysts. “They include warranty costs, which remain unacceptably high."

Farley said another challenge for Ford is sluggish growth, but he expressed optimism new products will address that problem. New model launches include a redesign of its top-selling F-150 pickup, the electric Mustang Mach-E and the revived Bronco sport-utility vehicle. The carmaker is also being helped by a faster-than-anticipated sales rebound in the U.S. market.

“We see opportunity related to Bronco and F-150, with strength also buoyed by North American market resiliency" in 2021, Dan Levy, an analyst at Credit Suisse with a neutral rating on the stock, wrote in a research note. But the company still faces longer-term questions about its ability to profitably transition to an electric-vehicle-focused product lineup, he said.

Farley said Ford intends to be make money on electric vehicles by offering battery-powered versions of its top-sellers, including the F-150 and the Mustang. The automaker will begin delivering the first Mustang Mach-E models to customers in the coming weeks, he said.

"We don’t want to just be one of the many" automakers to transition to electric, Farley said. “We want to lead the electric change." 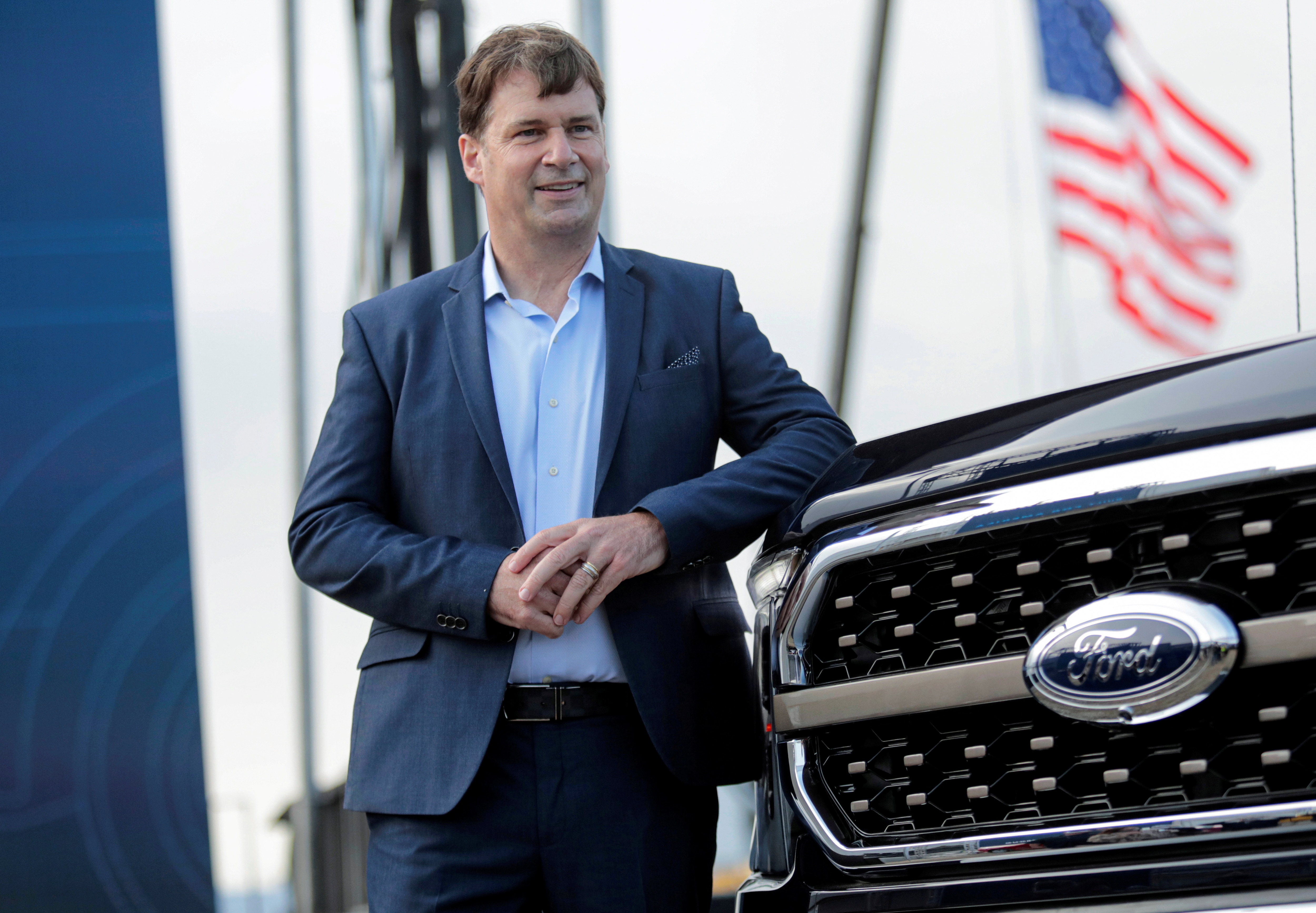 Ford recorded its best third-quarter pickup sales in 15 years as demand for trucks industrywide outpaced supply with the economy clawing back from the pandemic pause. That boosted the company’s US market share by 1 percentage point in the quarter to 13.6%. The average price buyers paid climbed to $45,599, up 8% from a year earlier, according to researcher Edmunds.

Chief Financial Officer John Lawler said in a conference call with reporters that Ford now expects adjusted earnings before interest and taxes for full-year 2020 to be between $600 million and $1.1 billion. This is up from the projected loss for the year the company predicted in the second quarter.

To conserve cash when the pandemic hit, Ford suspended its dividend and maxed out its revolving credit lines of $15.4 billion. The automaker has fully repaid that debt, Lawler said, finishing the third quarter with $30 billion in cash and $45 billion in cash reserves.

The loan repayment could pave the way to restore the dividend, analysts say. But when asked that question on the call, Farley said he would answer it in the spring.

Chris McNally, an analyst for Evercore ISI, captured the shock of Ford’s surprisingly robust results in a research note entitled “Can a Quarter be Too Good?" He wrote they may auger better days ahead. “It’s hard not to be optimistic that a turnaround may be underway."

North America continued to drive Ford’s results, with automotive earnings before interest and taxes of $3.18 billion, up from $2.01 billion a year earlier, when the company was in the midst of a costly botched launch of its Explorer SUV. Third-quarter operating margin in the region was 12.5%, up from 8.6% a year earlier. 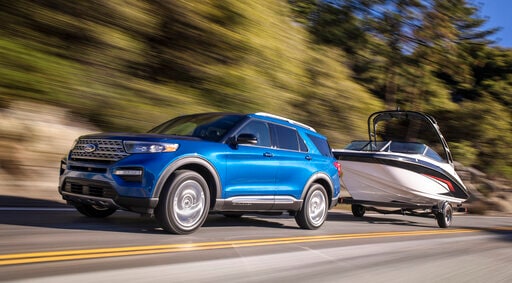 Overseas operations remained a work in progress. Ford lost $58 million in China, where sales rose 25% in the quarter.

In Europe, Ford lost $440 million as it scrambles to avoid fines for falling short of environmental regulations after recalling its Kuga plug-in hybrid due to a fire risk.

“Had it not been for the Kuga issue, Europe would have been profitable through the third quarter," Lawler said.

That recall and costs associated with securing enough credit to meet tough new emissions standards in Europe will amount to another $100 million to $200 million in the fourth quarter, he said.

Ford declined to specify which other automaker or automakers it will join with to meet the regulations and avoid paying fines.