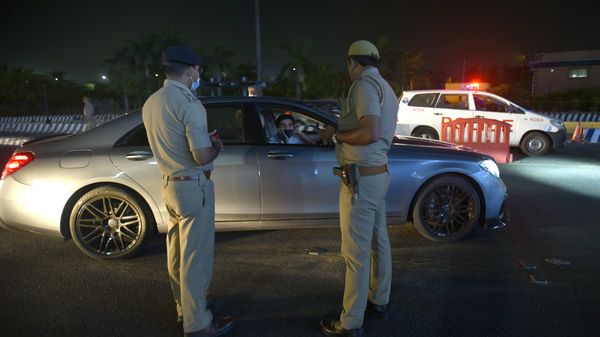 The chances of you being made to take a Covid-19 test at the Delhi-Noida borders has increased significantly. This after the Gautam Buddh Nagar district administration announced it would ramp up testing for people coming in from Delhi.

While the random tests for commuters between Delhi and Noida have been taking place for some time, authorities may have felt the need to increase such tests in the wake of sky-rocketing cases in both Delhi as well as in the state of Uttar Pradesh. "Number of Covid tests will be increased in areas bordering Delhi. For people commuting to and from the national capital, the random tests for the virus will be conducted," District Magistrate Suhas LY said on Thursday.

While Uttar Pradesh has reported around 20,000 daily cases, Delhi - despite its significantly smaller geographical area - has been reporting around 16,000 daily Covid-19 cases.

On Thursday, Delhi announced a weekend curfew which would be over and above the night curfew already in place. Movement of people between Friday night (10pm) and Monday morning would be restricted although emergency personnel and frontline workers are exempted. There are also exemptions for patients and travelers bound for other states but only on producing valid documents.

In the light of increasing Covid-19 cases, the measures at Delhi borders are being tightened with the city as well as neighbouring states attempting several ways to break the chain of Covid-19 transmission.