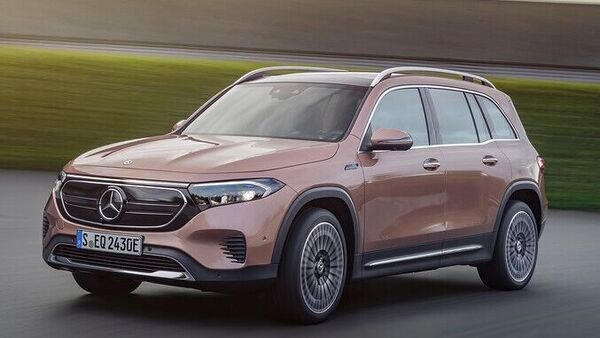 German luxury car manufacturer Mercedes-Benz aims to further strengthen its footprint in the Indian electric car market. The automaker has confirmed that it will launch the EQB compact luxury SUV later this year in India. Expect it to hit the Indian showrooms sometime in the fourth quarter of this year. Based on the Mercedes-Benz GLB SUV, the EQB electric SUV comes as a three-row seven-seater model. Launched in the global market in 2021 after being unveiled at the Shanghai Auto Show, this will join the EQS and EQC in India. Upon launch, Mercedes-Benz GLB will directly challenge the Audi Q4 e-Tron.

Speaking about its visual appearance, the Mercedes-Benz comes with signature EQ range styling. These include a blanked-off front grille and a full-width LED light bar at the rear. The cabin of the EQB is largely similar to the ICE-powered GLB.

The EQB is available in the international market in two states of tune. One variant gets power from a dual-motor 228 hp powertrain, known as 300 4Matic. The higher variant gets a 292 hp power-producing dual-motor setup. It is christened as 350 4Matic. However, it is not sure which one will come to India.

Power for the EQB 350’s electric motors is generated by a 66kWh lithium-ion battery pack, housed underneath the rear seat. This battery pack can be charged at up to 11kW on an AC system and at up to 100kW on a DC set-up. The four-wheel-drive system equipped Mercedes-Benz EQB is claimed to have a 0-100 kmph acceleration capability of six seconds. It is claimed to be capable of running a 418 km range on a single charge.