VW Tiguan set for India comeback, will face off against Citroen C5 Aircross 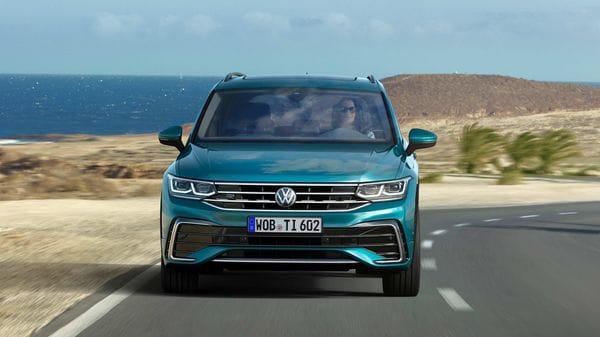 The 2021 Volkswagen Tiguan SUV facelift will compete with rivals like Hyundai Tucson and Citroen C5 Aircross.

Volkswagen India is poised to bring back the Tiguan in a revised and refreshed avatar in a few weeks as part of the automaker’s SUVW strategy that was announced at the Auto Expo 2020 in February last year promising to bring in four SUVs in the domestic market.

As the German automaker aims to become the affordable premium car brand in India, the SUVW strategy would play a vital role here considering the high demand for SUVs. Also, under the strategy, updated VW Tiguan is expected to play a key role.

The five-seater upmarket SUV will be back with a 2.0-litre TSI petrol engine, which will also power the seven-seater Tiguan Allspace and other siblings from the VW group, including models like Skoda Superb and Audi Q2.

The Tiguan was previously launched in India back in March 2017 at a starting price of ₹27.68 lakh (ex-showroom). It was the second generation Tiguan that was introduced to India and it was also, Volkswagen’s second SUV in India after the Touareg which was discontinued in 2013 due to poor sales. Despite being a stylish, feature-packed, and good performing model, the Tiguan couldn’t replicate its global success in India at that time. However, Volkswagen India is hoping to cash in on its global popularity with the 2021 model.

The Tiguan is now the German brand’s global bestselling car with 900,000 units sold in 2019, overtaking its erstwhile sibling Golf. While with the local assembling, a capable petrol engine and host of features, high-quality cabin and of course a stylish design is on the card with the new Tiguan, it won’t be an easy task for the automaker to grab a stronghold in the segment, as it will have to face steep competition from rivals like Hyundai Tucson, Jeep Compass and of course the new entrant Citroen C5 Aircross.

The chopped-off five-seater version of Tiguan Allspace is expected to be priced in the region of ₹26-30 lakh (ex-showroom) and it will be positioned above Taigun and T-Roc in the brand’s domestic portfolio but below its seven-seater sibling.

In terms of design, the new Volkswagen Tiguan gets updates like sleeker LED headlamps, a digital cockpit, a revised steering wheel, etc. But mostly the eyes will be on the performance of a 2.0-litre TSI petrol engine that will be mated to a 7-speed DSG automatic transmission and 4Motion AWD system.