Fisker Ocean from Fisker Inc was unveiled in the United States and will be presented for global audience at the Consumer Electronics Show (CES) 2020.
By : Shubhodeep Chakravarty
| Updated on: 06 Jan 2020, 12:40 PM 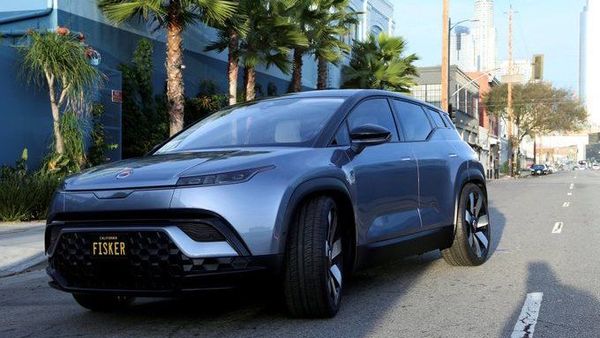 Tesla may still have a sizable lead in the global electric car market but rivals are going all out to cut the gap and pounce. Among the competitors are established players who have ruled the roads for decades as well as relatively new players who replace experience with enthusiasm and promise to grab the spotlight. Among the second group of players is vehicle entrepreneur Henrik Fisker who has unveiled the Fisker Ocean, an SUV that is gunning for glory.

Fisker Ocean from Fisker Inc was unveiled in the United States and will be presented for global audience at the Consumer Electronics Show (CES) 2020 which starts in Los Angeles from Tuesday. While Henrik has repeatedly teased the Ocean electric SUV over the past year, it will officially break cover at CES and has managed to generate quite a buzz. The buzz is largely thanks to the capabilities of the car as Henrik claims it can go from zero to 100 kmph in just 2.9 seconds. This would make the Ocean faster than some of established and highly admired sportscars in the global market.

Henrik has said that the Ocean will have a 80kWh battery pack at its heart while its roof has solar panels to make it even more environmentally friendly.

Some of the other unique features of the Ocean include a 'California' mode which is a single switch that opens up all nine windows of the car, recycled carpeting made from 'abandoned fishing nets', and full polycarbonate polyurethane surfaces.

The Ocean is touted to have a range of up to 300 miles (482 kms) and is expected to go into production late 2021. The car will get a price tag of under $30,000 for the base variant which could end up rattling the price structure of several Tesla cars.