Hyundai Tucson 2020 gets a number of updates all around in a bid to make a more compelling case for itself in the premium SUV segment.
By : Shubhodeep Chakravarty
| Updated on: 23 Oct 2020, 13:12 PM

Hyundai Tucson 2020 was first unveiled at Auto Expo back in February amid much fan fare. It almost seems like it was another era when Covid-19 appeared too far in the horizon, lockdowns were unheard of and the term 'new normal' had not yet been uttered. And yet, the past several months have changed our world and our lives significantly - almost radically - in a multitude of ways. And if change is the only constant, Tucson claims to know best on how to keep evolving through it all.

First launched in the Indian market back in 2005, Tucson was in a clear contrast to Hyundai's image of being a company that makes affordable cars. The likes of compact and sub-compact SUVs were still unheard of and as such, Tucson emerged as an aspirational car hardly expected to rake in big sales numbers. And yet, it would perhaps be fair to say that it achieved its apparent objective of propping Hyundai as a company that can also offer the premium quotient.

All these years later, Tucson 2020 arrives with the same apparent objective of carrying forward Hyundai's emphasis on offering a premium package in what is one of the biggest and one of the most expensive offerings from the company here. At least till the likes of Palisade arrive anyway, and if at all.

So what does the Tucson 2020 bring to the Indian market, especially at a time when younger sibling Creta is promising a mile-long list of features and premium comfort highlights? I got the SUV for a spin around Delhi for a few hours to find out. 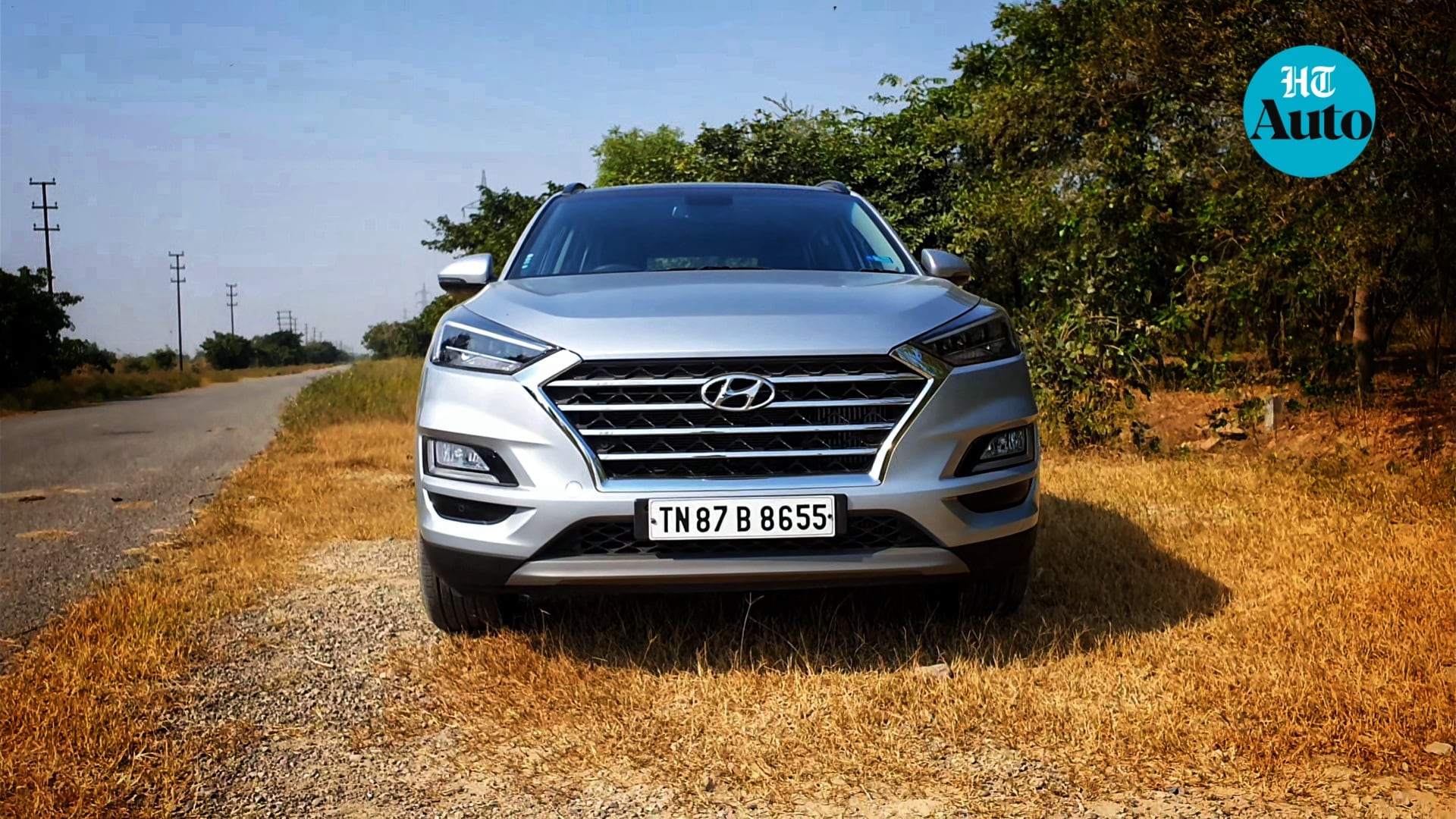 The changes to how the new Tucson looks and stands aren't exactly massive or many. And yet, the rather understated updates do work towards giving it a more sporty appeal than before. That is largely thanks to the new cascading front grille which has become increasingly common on Hyundai cars these days. Flanking the grille are LED head light units which are now even sharper than earlier, as well as fog lights which sit in a re-worked casing design.

From the side, Tucson retains most of the visual cues that the preceding model had but now gets a fresh design for its 18-inch diamond cut alloys. Its upright stance continues to underline its SUV credentials and a chrome strip under the window line as well as a slightly stooping roofline over the C Pillar add to its youthful appeal. 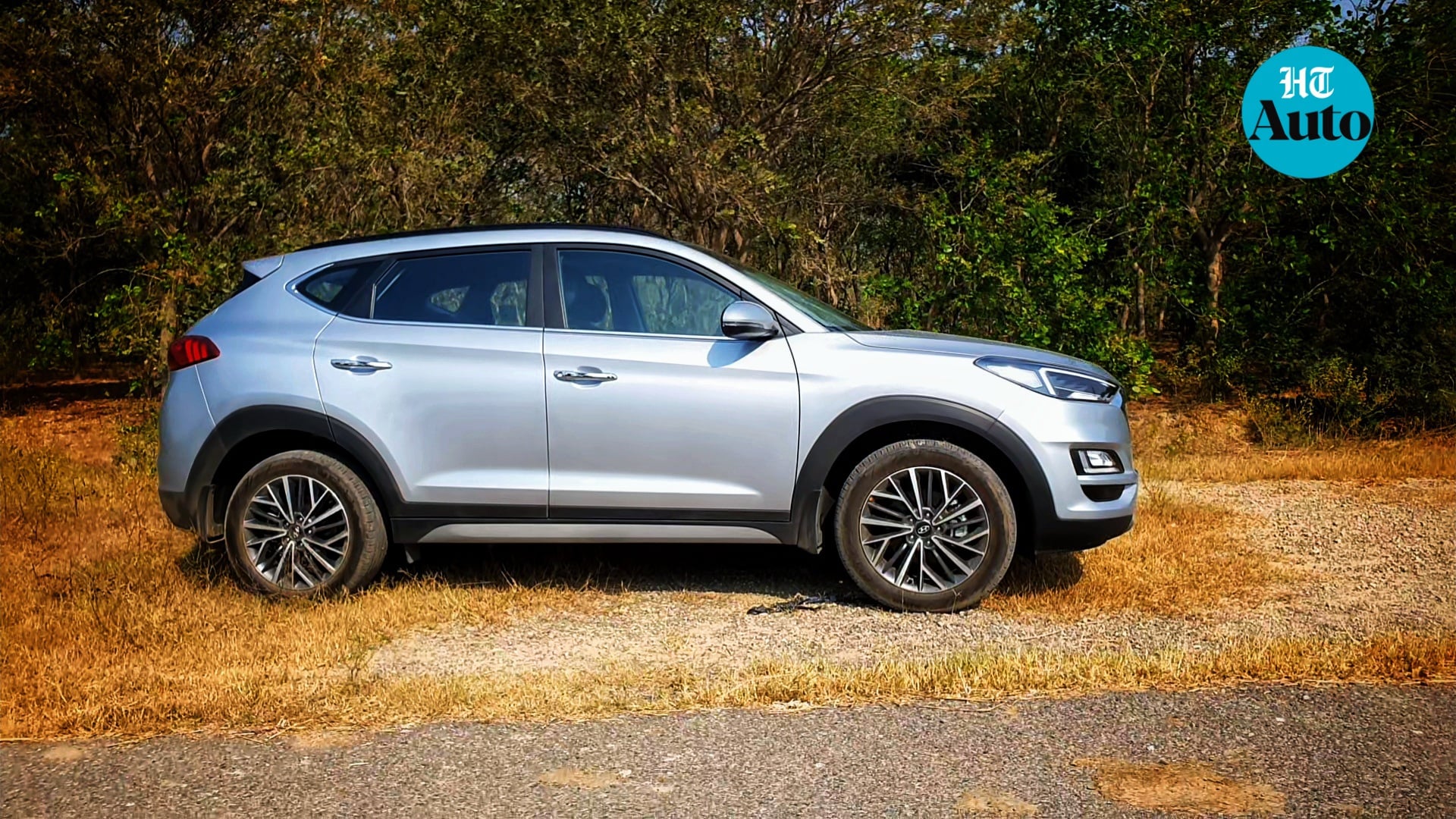 The side profile of Tucson 2020 is almost identical to the preceding model. (HT Auto/Sabyasachi Dasgupta)

Over at the rear, the LED tail lights are new and look every bit as sleek as one would expect from a premium SUV from Hyundai camp. There are reflectors on the spoiler as well as on either side of the number plate while the dual exhaust valve in chrome complete the look. Thankfully, the use of badge is at a minimum here and therefore, the profile is clean rather than cluttered as is the case with some of the more affordable offerings from the company. (Yes, I am pointing my finger straight at the Aura and Grand i10 Nios). For me, the cabin of any new Hyundai car is the best place to actually dig in and find out all the new treasures - to be read as 'features' - that have been offered. The so-called 'treasure-hunt', however, didn't last too long in the new Tucson. And frankly, that's a bit of a shame.

Don't get me wrong.

Tucson's cabin has a clean, almost sophisticated, feel all around. (HT Auto/Sabyasachi Dasgupta)

The interior of the Tucson does offer the premium touch one would expect from a vehicle in this segment. The quality of upholstery, the leather-stitched dashboard with an emphasis on a horizontal layout, the re-designed AC vents - all of these lend the car a touch of sporty sophistication. There is also a floating-type 8-inch HD infotainment screen which has now been equipped with Hyundai's BlueLink technology for added convenience. 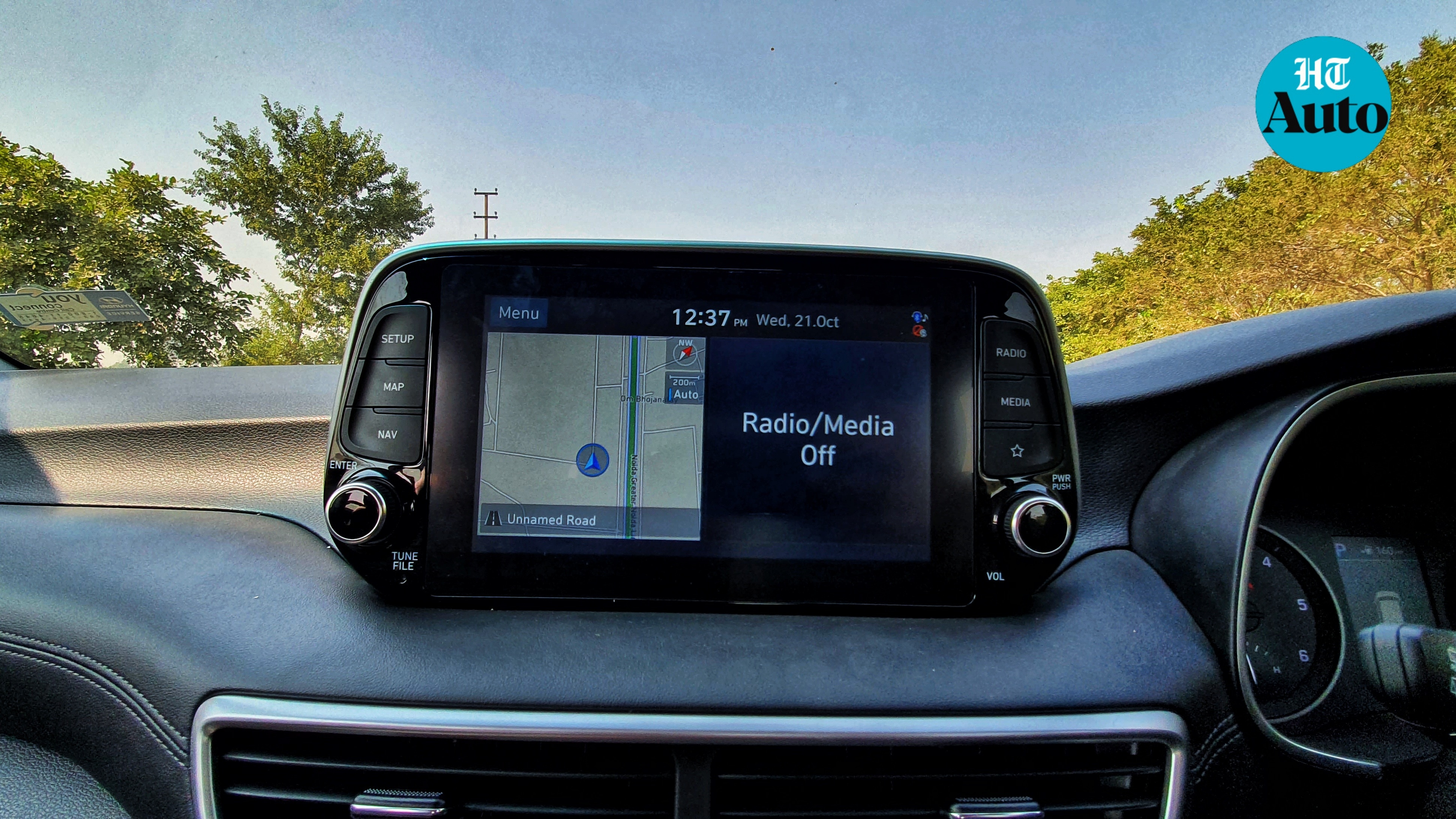 A larger infotainment screen could have sat even better on the dash of Tucson, especially because the likes of Creta from Hyundai do get 10.25-inch screens. (HT Auto/Sabyasachi Dasgupta)

Space and ride comfort too is at par with what I have come to expect from a large Hyundai SUV. The leather seats offer the perfect amount of support and cushioning while knee room, leg room and head room are more than generous for the rear passengers. Three people sitting abreast on long journeys should also not find much to complain about because the shoulder room is adequate. And for two at the back, there is a center armrest as well.

But the more I dug in, the more I started to realize that this review unit wasn't bringing anything radical, anything extremely premium in terms of the feature list - barring perhaps the debut of a one-touch panoramic sunroof and wireless phone charging in the Tucson. 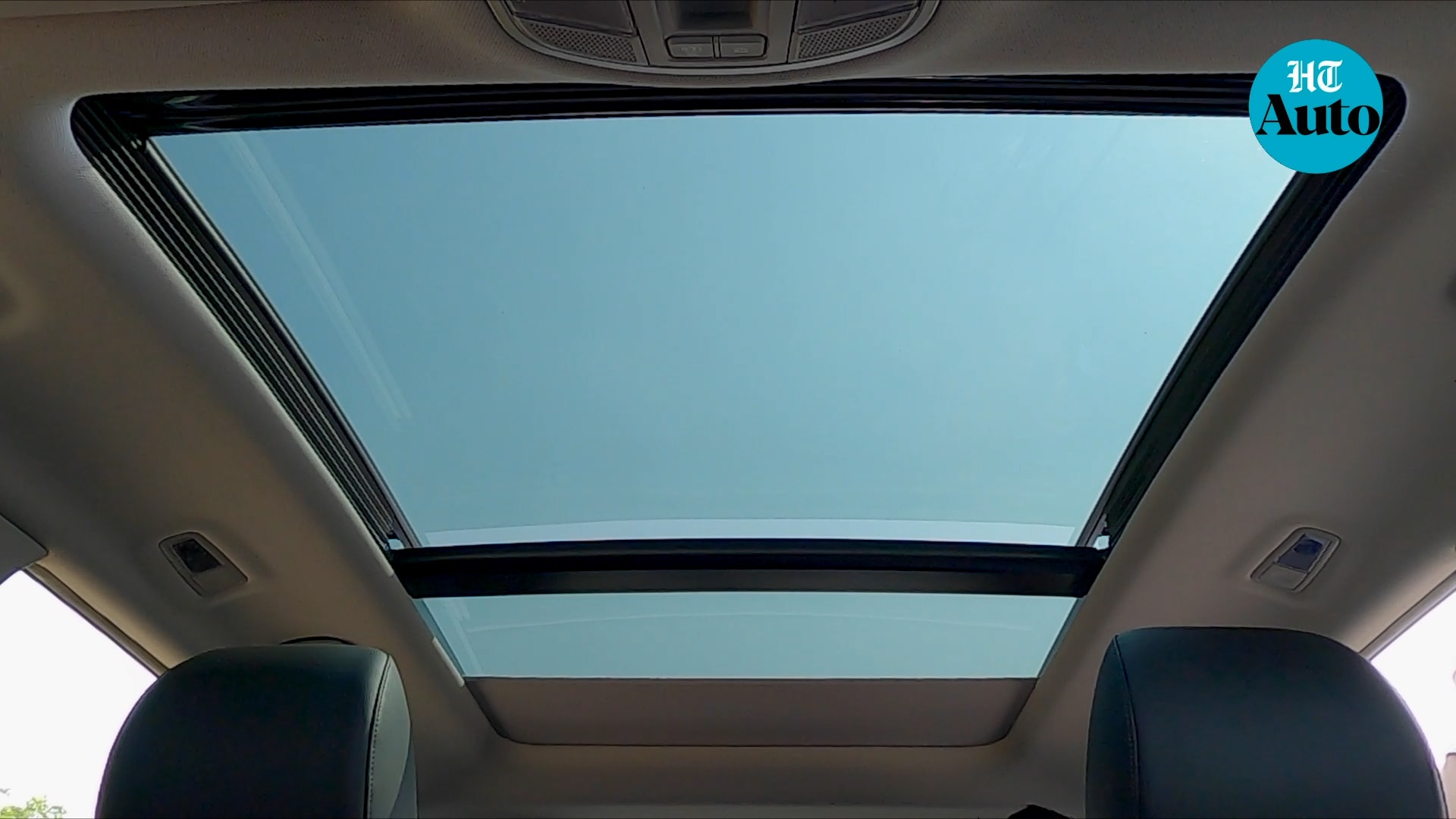 The Infinity eight-speaker system is delicious to the ears but - and I am no audiophile, the Bose sound system may have been a more scrumptious choice. 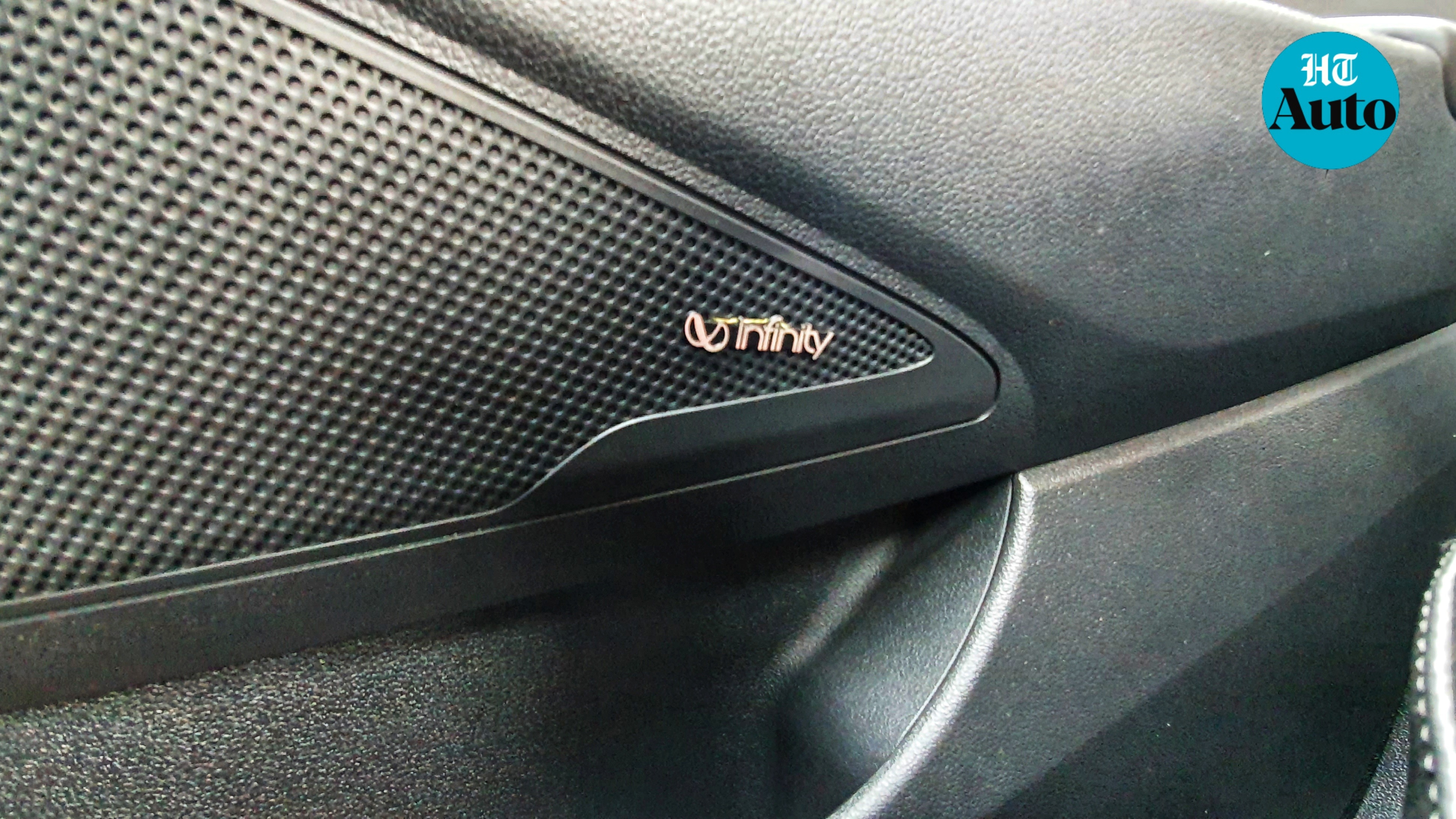 There is no air purifier inside the car and no massage functionality. This review unit also did not have ventilated front seats. And the eight-inch infotainment, while responsive and placed perfectly to negate any glare, is a tad too small for a car in this segment. The semi-digital instrument cluster is large enough for a clear view and yet, something we have become accustomed to seeing in Hyundai cars year in and out. 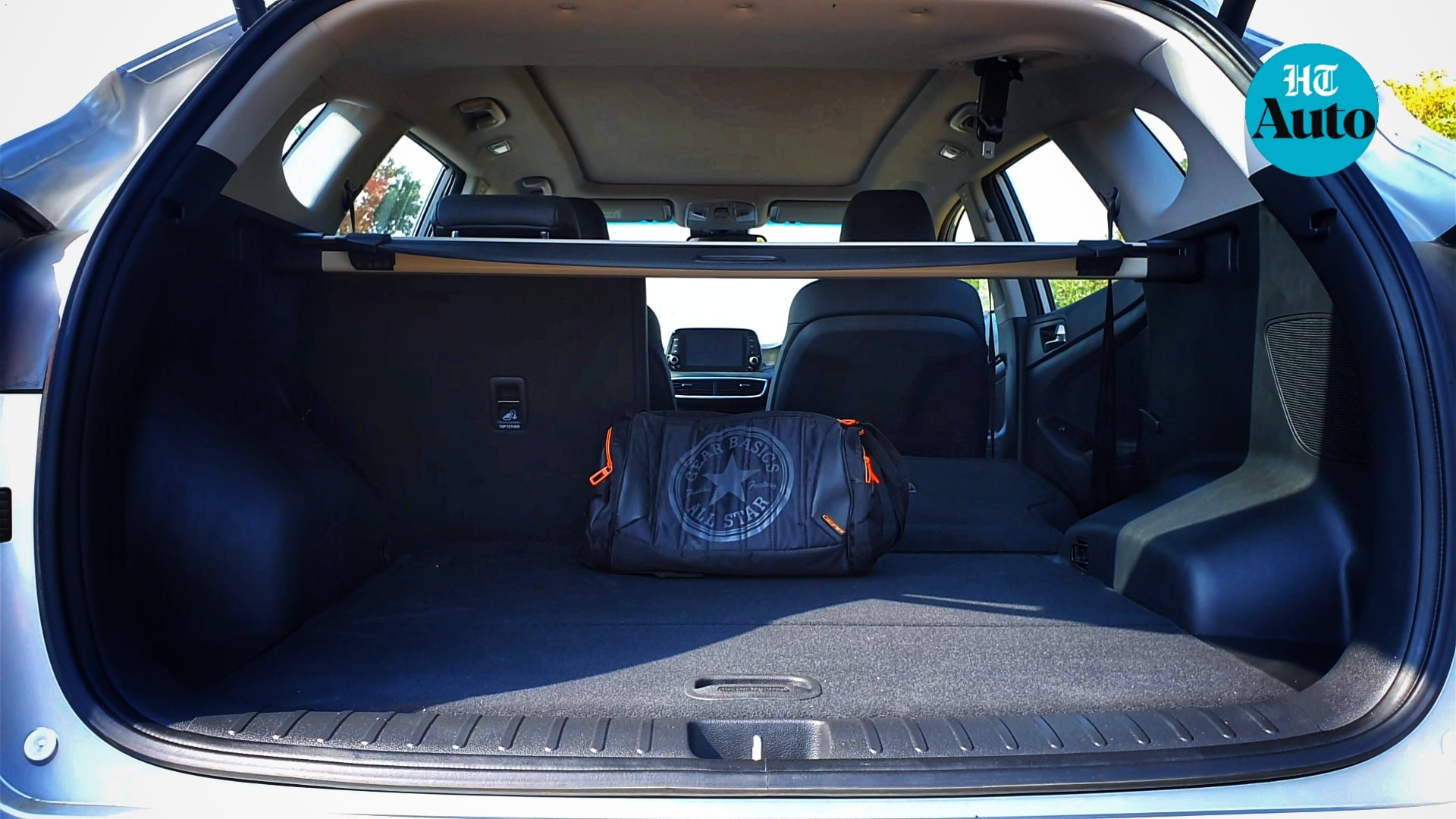 Not for a moment am I suggesting that the cabin of the new Tucson doesn't have its standout highlights. But Hyundai has - figuratively as well as literally - spoilt customers with a plethora of features in its product offerings over the past several years and solely on this basis, the Tucson's cabin could have been more loaded than it is. After all, do I really need to highlight it gets push-button start, DRVM, dual-zone climate control and the likes? SOP, if you ask me. 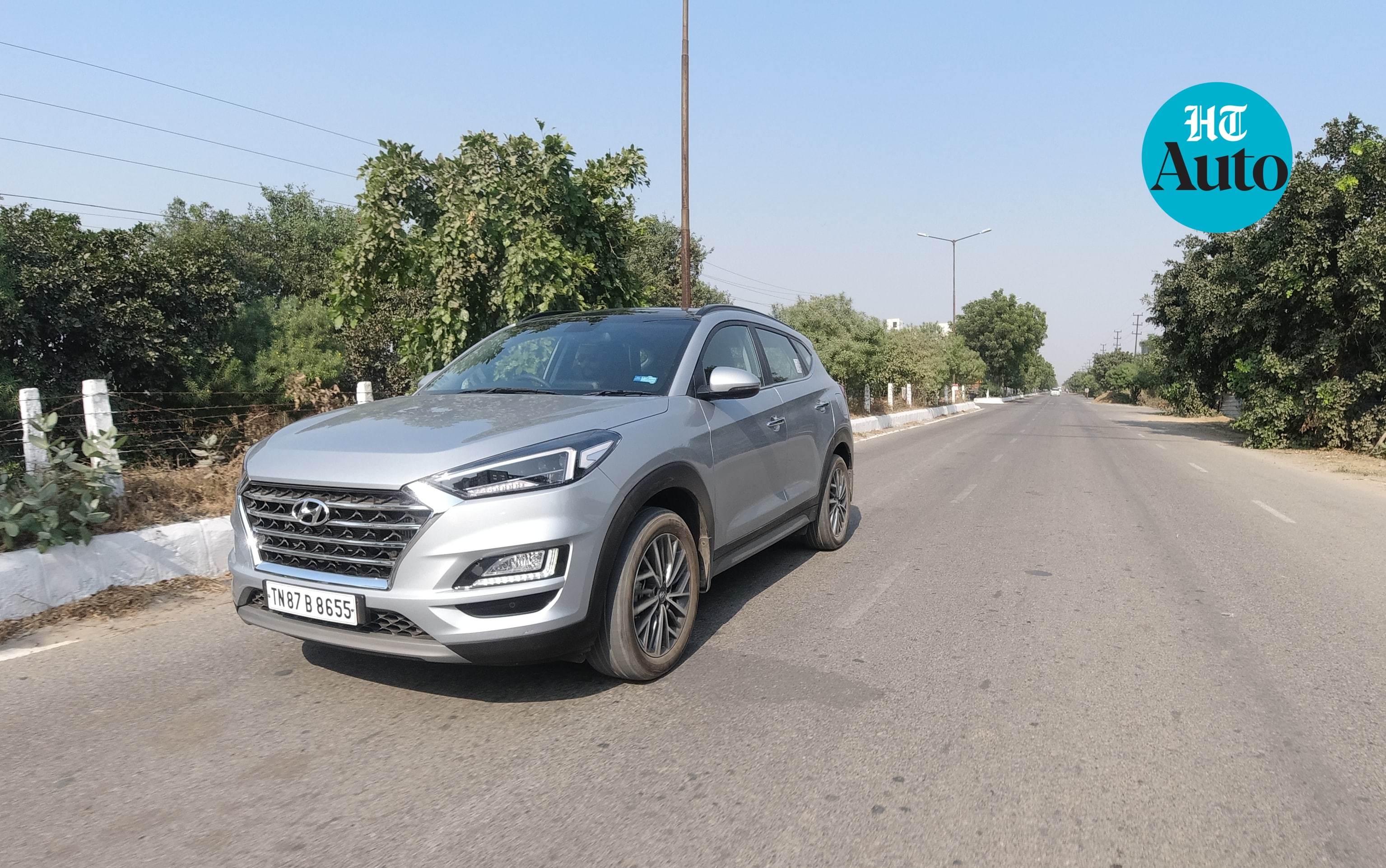 The eight-speed auto gearbox is the powerplayer inside the new Tucson. (HT Auto/Sabyasachi Dasgupta)

And these aren't just numbers but actually manifest when the Tucson gets a move on. The rev bands are sufficiently large to allow this SUV to move with a sense of swift purpose, especially in the Sport mode. But even in the Comfort or Eco mode, Tucson manages to munch miles as effortlessly as it always has. There is a clear sense that despite its large-ish road presence, Tucson is as much at home within city limits and doing commute miles as it would be out on open highway stretches. Overtaking is a breeze and while the lack of feedback from the steering may have its flaws at triple-digit speeds, the same allows for a flexible handling while weaving in and out of traffic.

The suspension set up is nearly perfect and unless you - for reasons best known to you - decide to throw the car at speed over potholes and road bumps, there won't be much to complain about as far as the ride comfort of the new Tucson is concerned.

Tucson, as a premium SUV, plays to its strength of being adept in any traffic condition as well as on open stretches and that is not something many of its direct rivals can claim with the same sense of confidence. 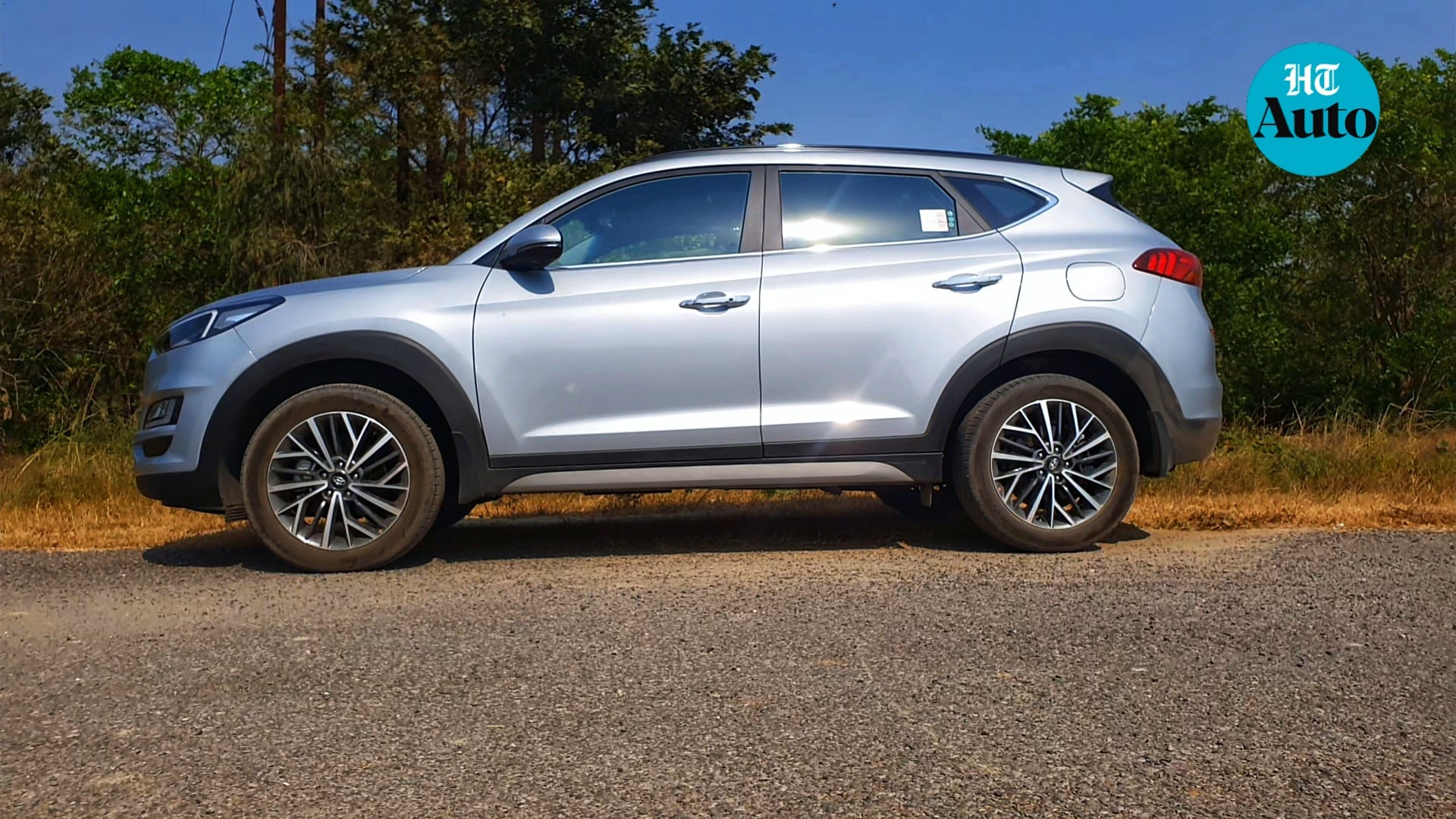 Tucson manages to underline its inherent strengths in the 2020 update even if it could have been a bit more loaded on the feature count. (HT Auto/Sabyasachi Dasgupta)

Tucson 2020 isn't really a leap forward but more of a confident step ahead from the preceding model. The updates on the outside are subtle, the additions on the inside are basic and when in motion, this SUV remains a strong player on most counts.

With prices starting at ₹22.3 lakh (ex showroom, pan India), Tucson 2020 continues to target a rather niche SUV buyer who is on the look out for a confident ride and drive option rather than one that is outright flashy. I hardly think it will rake in massive volumes for Hyundai. And the company has already unveiled 2021 Tucson in international markets with significantly more striking visual upgrades.

Yet, in its current update and form, Tucson remains a viable choice in its segment.