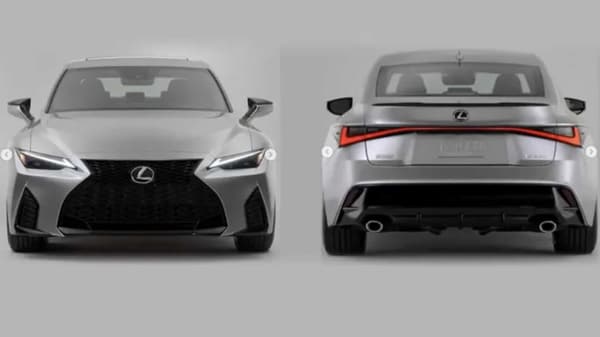 The new facelifted Lexus IS sedan, which is scheduled to be launched on June 16, has been exposed in advance on social media platforms. In images and videos shared on Instagram and YouTube reveals the new-look exterior of the car as well as interior details.

Lexus Motor plans to hold the world premiere of the new Lexus compact RWD sport sedan IS on June 16. The company rescheduled the itinerary of the launch after cancelling the previous date June 10 due to the coronavirus pandemic.

The leaked video and images remain true to reports that the 2021 Lexus IS sedan will have a lot more changes inside and outside compared to the previous generation models.

The new-generation facelift gets a major exterior makeover, with a new platform in TNGA-L architecture framework. There is also a rear diffuser integrated into the inside, with a bumper that looks aggressive. In general, the IS design adopts the look of the Lexus flagship LS. The layout of the cockpit remains the same, with minor changes.

While teasing the new IS sedan, Lexus had described the car as "dressed to thrill". "Bringing the thrill of driving to the compact luxury sports car segment, Lexus will pull the cover off the new 2021 IS sports sedan next week," the caption read on the tease earlier released by the company.