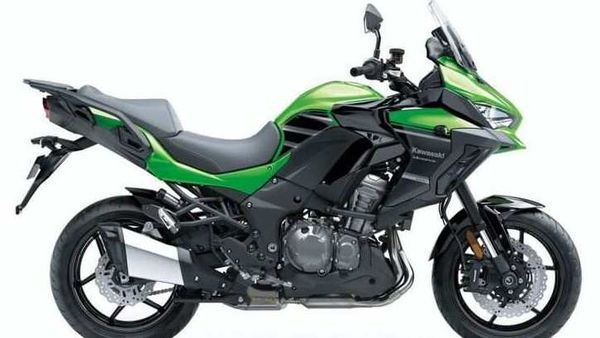 After the W800 retro-classic bike, Kawasaki has now rolled-out pricing of the Versys 1000 BS 6 motorcycle in India. With the emission update, the motorcycle has now turned slightly costlier by ₹10,000.

While the previous BS 4 spec model retailed at ₹10.89 lakh*, the updated litre-class dual-sport motorcycle has been given a price tag of ₹10.99 lakh*.

The Versys 1000 is the range-topping model in the company's adventure touring line-up which also comprises smaller Versys 650 and the Versys-X 300. Apart from the BS 6 update, there is no other major change in the motorcycle. It is mainly available in two colour options - Candy Lime Green/Metallic Spark Black as well as Pearl Stardust White/Metallic Spark Black. Both the options have been given the same price tag.

The main update on the bike is its revised BS 6 engine which is a 1,043 cc liquid-cooled, in-line 4-cylinder unit. It is responsible for delivering 120 PS of power at 9,000 rpm and 102 Nm of torque at 7,500 rpm. The output remains unchanged in comparison to the previous model. The engine is mated to a 6-speed gearbox and the bike features electronic throttle valve technology which ensures smoother performance.

The company is also gearing up for the launch of the BS 6 compliant Z650 model. The official bookings on the updated middleweight Z series bike has already commenced.