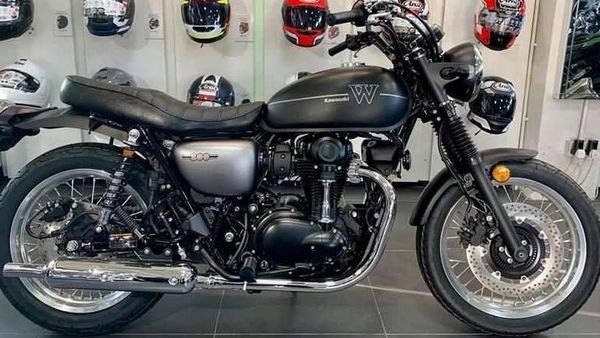 The W800 is the only retro-classic offering (apart from Z900 RS) in the Kawasaki's line-up which, on the other hand, is majorly occupied by sports bikes. The W800 is a modern version of the Kawasaki's W series of motorcycles. It can be said to have an influence of the British vertical-twin-cylinder models.

The W800 comes with a very clean and minimalist appearance. Styling features such as full LED circular headlamp, teardrop fuel tank, single-piece seat, spoke wheels, chrome exhaust and blacked out engine gives it an authentic retro look. The tail light assembly protrudes out from the body contributing to its charming old-school appearance.

It features a twin-pod instrument cluster which has a rev counter, a speedometer as well as a small LCD display. Apart from that, the bike also receives features like slipper clutch and dual-channel ABS. Unlike most of its main rivals, it misses out on traction control system.

In terms of cycle parts, the bike comes kitted with a 41 mm telescopic fork at the front and twin shock absorbers which does duty at the rear section. The bike rolls on 18-inch wheels on either ends, and the wheels come shod-on to MRF tyres.

Kawasaki's rival, Triumph Motorcycles is also gearing up for the launch of Bonneville T100 and T 120 Black Editions, both of which are said to arrive in June this year.