Nissan posted a 4.83 billion yen operating loss in the three months ended September 30 after sales fell due to the coronavirus pandemic.
By : Reuters
| Updated on: 12 Nov 2020, 02:14 PM 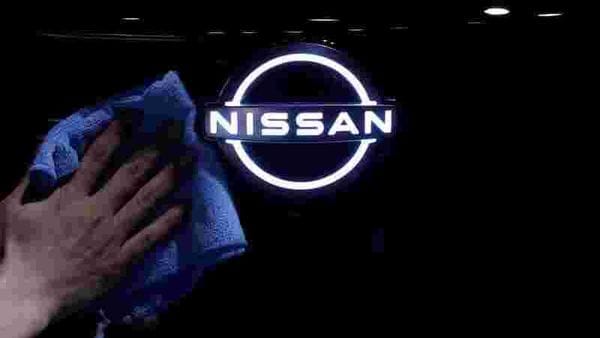 FILE PHOTO: A man wipes the brand logo of Nissan Motor on the front nose section of the company's new Ariya all-battery SUV

Nissan Motor Co Ltd revised its full-year forecast to an operating loss of 340 billion yen ($3.23 billion) from a previous prediction for a record 470 billion yen loss.

That compares with a Refinitiv consensus estimate of a 335 billion yen loss from 23 analysts.

Japan's third-largest automaker, which is drastically restructuring its business, posted a 4.83 billion yen operating loss in the three months ended Sept. 30 after sales fell due to the coronavirus pandemic.

That is less than an average estimate of a 80.6 billion yen operating loss from a Refinitiv poll of 5 analysts and compares with a 30 billion yen profit for the same period a year earlier.

Nissan raised its forecast for full-year global vehicles sales to 4.165 million units compared with an earlier forecast of 4.13 million units, although that still represents a decline from the previous year.

In a draw-back from the aggressive expansion pursued by ousted Chairman Carlos Ghosn, Nissan plans to cut production and its vehicle line up by a fifth, and slash costs by 300 billion yen in three years in a bid to improve profitability.

It is also focusing on sales in China and the United States. In September, CEO Makoto Uchida said his company would launch nine new and re-designed models by 2025, including plug-in electrical vehicles and hybrid electrical cars that charge with a gasoline engine.

To bolster its finances amid the coronavirus downturn, Nissan has said it would issue $8 billion in dollar-denominated bonds and was considering euro-denominated debt.