Kolkata is among six global megacities with high penetration of electric buses.Kolkata sits at third position in the list, while London is at fifth position.
By : HT Auto Desk
| Updated on: 05 Mar 2021, 02:39 PM 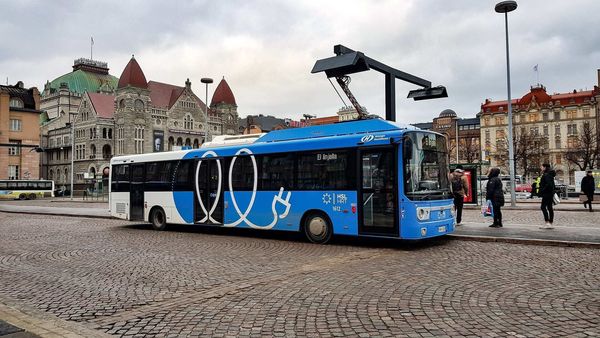 File photo of an electric bus used for representational purpose only

Kolkata has become the third city among six global megacities that have been adopting electric mobility faster. What’s more interesting is, Kolkata is ahead of London in terms of percentage penetration of electric buses, reveals EV City Casebook 2021. The research was conducted in cities like Shenzhen (China), Santiago (Chile), Izmir (Turkey), London (UK), and Vancouver (Canada) alongside Kolkata.

According to the study, Shenzhen is in the top position, with 99% of the world’s electric buses plying in China. Among the Indian cities, Kolkata has the largest fleet of electric buses, along with the oldest surviving tram network in Asia. Overall, Kolkata makes a good case study of the electric mass transit system that also includes the suburban railway network.

Apart from Kolkata, the only other Indian city featured in the study is Ahmedabad, but that is for the electric taxi segment.

Currently, nearly one-third of the PM pollutants from Kolkata’s transport sector come from buses, as the city has a wide range of conventional fuel-powered buses operated by both the public and private sector players. Since 2019, the state’s transport corporation WBTC has been introducing domestically manufactured electric buses. While nearly 100 buses have been already inducted into service, the state government plans to roll out 5,000 electric buses by 2030.

While a large number of conventional fuel-powered buses were not present on road due to the non-viability of operation because of lack of passengers and high operational costs due to the lockdown and Covid-19 crisis, the e-bus fleet was catering to the travel demands of commuters in the city.

Kolkata has been running the electric tramway for more than a century. However, the oldest surviving tram network in Asia is now shrinking.