Mohammed Siraj picked 13 wickets in the four Test matches against hosts Australia.Siraj has had to overcome several hardships, including the recent loss of his father while the cricketer was away Down Under.
By : HT Auto Desk
| Updated on: 23 Jan 2021, 11:55 AM 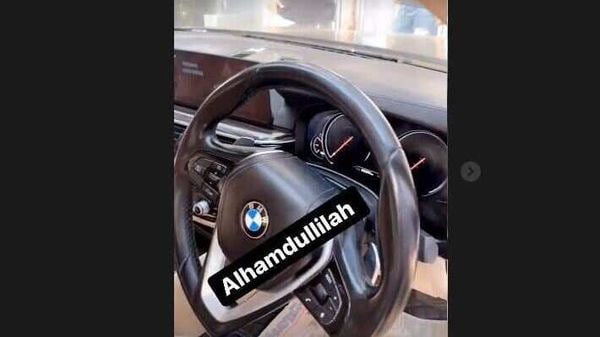 India cricketer Mohammed Siraj is living a dream despite the enormous hardships he had to face and overcome. The speedster who lost his father while he was away in Australia for the cricket series Down Under showcased supreme skills to emerge as one of the many heroes for Team India that won a riveting Test series 2-1. And after landing in his home city of Hyderabad recently, and making way to pay his respects to his late father, the 26-year-old took to Instagram to post a video of his new BMW.

Siraj was a force to reckon with against Australia, picking 13 wickets in the four-Test series to emerge as the highest wicket-taker for his side. There were tears, there were smiles and there was cricketing jubilation at the end of it all. And while the cricketer has said he will dedicate all his wickets to the memory of his father, the new BMW in his humble garage will also seek to be a reminder of all the hardships he had to overcome - on and off the field. He would go on to post a short clip of the car on his Instagram page and follow it up with a clip of driving around in Hyderabad city.