While Hyundai Nexo is already in the flesh and claims to have a range of around 610 kms, the hydrogen-based sports car could take adrenaline levels to a new high.
By : HT Auto Desk
| Updated on: 27 Aug 2021, 10:02 AM 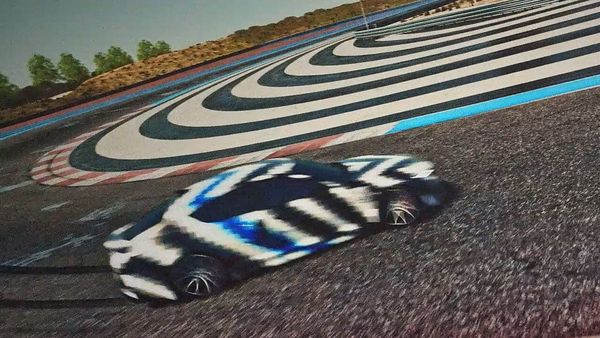 Built for performance or built just as a concept - more details about Hyundai hydrogen sports car will be known on September 7.

Hydrogen is seen by many as the future source of power for clean vehicles and Hyundai has been taking big strides in this area for some time now. And although the focus of the world at present is on electric vehicles, hydrogen vehicles in development are making even bigger promises. As such, much buzz has been created by a teaser of a Hyundai hydrogen sports car that was recently released by the company.

While Hyundai Nexo is already in the flesh and claims to have a range of around 610 kms, the hydrogen-based sports car could take adrenaline levels to a new high. The Korean car maker is organizing a Hydrogen Wave forum on September 7 and it is then that more details about its new-age sports car is likely to be known. For now though, there is still much excitement.

The teaser image shows a camouflaged vehicle in a fastback sedan shape. With a high window line and a low-slung profile, it clearly appears to be made for speed. What isn't certain though is if it is something Hyundai will actively take to production or if it is a concept that serves to only bring out the possible potential of hydrogen-based performance cars of the future.

What makes cars with hydrogen fuel cells remarkable is that these are absolutely emission free. While EVs may source power from plants running on fossil fuels, hydrogen fuel-cell vehicles - to put it simply - has hydrogen reacting with oxygen to produce energy.

Interestingly, Hyundai sold 4,700 units of hydrogen electric vehicles worldwide in the first half of this year. The company overtook Toyota to become the top-selling brand for hydrogen vehicles. While Hyundai offers Nexo, Toyota has Mirai Gen 2 on offer currently.

And although refilling/recharging points for hydrogen vehicles are very limited at present, there is a general agreement that there is potential for such mobility options in the times to come.