Hindustan Motor's 700-acre land in Uttarpara in Hooghly district, which was once the cradle for Ambassador and Contessa models, have been lying idle since the carmaker stopped production.
By : HT Auto Desk
| Updated on: 29 Jul 2022, 09:08 AM 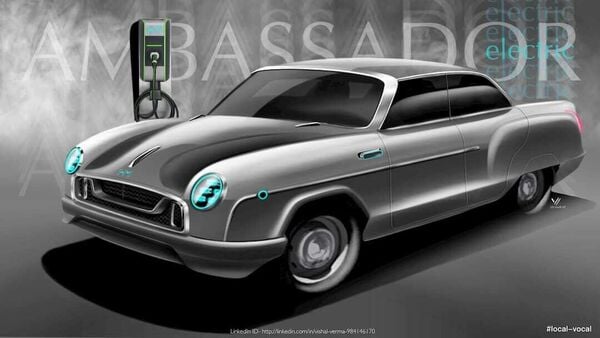 Electric avatar of the iconic HM Ambassador car as designed by Vishal Verma.

Hindustan Motors, the makers of Ambassador cars, is facing trouble over its 700 acre land in West Bengal. The state government has warned the company that the land could be taken back unless it revives business activities soon. West Bengal Chief Minister Mamata Banerjee said the land, once called the cradle of Ambassador and Contessa models, will be given away to other firms to set up industrial units unless Hindustan Motors activates its own business.

"You took 700 acres of land to set up industry. Why is it lying unused?" asked Mamata Banerjee, Chief Minister of West Bengal, directing her question towards the CK Birla Group, which owns Hindustan Motors. Production of Ambassador and Contessa cars were stopped a long time ago and the facility has been lying unused. Lack of demand and mounting debt forced the carmaker to shut shop at the site.

The chief minister of West Bengal is reportedly miffed with Hindustan Motors because Titagarh Wagons, a facility located adjacent to Hindustan Motors' plot where Metro coaches are manufactured, has been seeking an additional five acres of land to expand its factory. Banerjee has directed the chief secretary of the state to look into the idle land of sick automobile maker Hindustan Motors and consider taking it back.

Earlier in 2011 when she came to power, Mamata Banerjee's Singur movement led to Tata Motors dropping its pans to set up a manufacturing facility in the state. Currently, no vehicle manufacturers in India has any facilities in West Bengal.

Hindustan Motors has recently announced its aim to set up an electric two-wheeler manufacturing plant at its land in Uttarpara in an attempt to revive its industrial activities. It is planning a return to the field of play with electric models that could include an electric scooter as well as an Ambassador 2.0 with an electric battery powering it. The Hind Motor Financial Corporation of India (HMFCI) has reportedly collaborated with French auto manufacturer Peugeot to re-enter the automotive space in a bid to play a role in the electric mobility channels. But there has been no official confirmation, nor any announcement regarding the plan to restart the facility yet.