Ford has pledged to drastically overhaul its business in Europe, vowing to go almost completely electric by the end of the decade.
By :
| Updated on: 25 Mar 2021, 08:59 PM 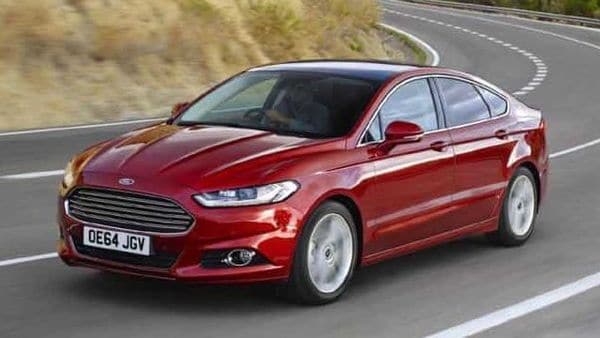 The carmaker will phase out the Mondeo at the end of March 2022.

Ford Motor Co. will stop making the Mondeo sedan and shift part of its Spanish manufacturing capacity to making more battery packs and a hybrid engine.

The carmaker will phase out the Mondeo at the end of March 2022 and later that year start producing a hybrid engine at its Valencia factory, the company said Thursday in a statement.

Ford has pledged to drastically overhaul its business in Europe, vowing to go almost completely electric by the end of the decade. It’s also seeing rising demand for sport-utility vehicles over sedans.

The automaker almost doubled its budget for electrification last month to $22 billion, in line with an industrywide push to accelerate a shift to battery-powered models.

Ford will invest 5.2 million euros ($6.2 million) at the Valencia plant to increase its capacity making battery packs, it said. That’s on top of 24 million euros in previously announced funding for the facility.

The carmaker said it will continue to produce the seven-seater Galaxy model and the Ford S-MAX crossover, including recently added hybrid-electric versions.

Ford, whose European passenger-car business has struggled with falling market share and low returns, is also plowing $1 billion into its assembly plant in Cologne, Germany, which will start making an all-electric model in two years.

Ford has been making the Mondeo since 1993 and has sold around five million units of the car.