Leaded petroleum pollutes air, soil and drinking water and can cause heart disease, strokes and cancer among humans.During the early 2000s, at least 86 countries were using leaded petroleum to fuel their vehicles.
By : HT Auto Desk
| Updated on: 31 Aug 2021, 09:55 AM 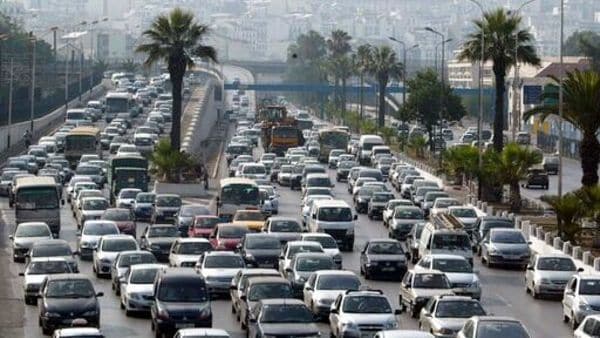 Algeria became the last country to exhaust its stocks of leaded petroleum, leading the world towards an official end of the fuel.

Leaded petrol used in cars has been completely eliminated from the world as the last remaining stocks were used up last month by Algeria. The United Nations (UN) has hailed the achievement as a milestone moment for health and environment because leaded petrol has been blamed for a wide range of human health problems.

The UN's Environment Programme (UNEP) ran a 19-year campaign to end the use of the poisonous substance in the world and after Algeria exhausted its final stocks in July, the era of leaded petrol has been declared to be officially over.

Leaded petroleum pollutes air, soil and drinking water and can cause heart disease, strokes and cancer among humans. As per some studies, it can also harm brain development, especially in children. Thus, UNEP has been actively working with governments, businesses and civic groups of various countries to eliminate its use in vehicles.

UNEP explained that leaded petroleum  has been a contributor in driving climate change, pollution and a loss of biodiversity. "Leaded fuel illustrates in a nutshell the kind of mistakes humanity has been making at every level of our societies," Inger Anderson, UNEP executive director, was quoted by Reuters.

During the early 2000s, at least 86 countries were using leaded petroleum to fuel their vehicles. The UNEP-led campaign was then formed to help them move away from the fuel with the help of investments to overcome concerns around prices of other fuels.

The organisation explains that since a growth of the transport sector was imminent in coming decades with around 1.2 billion vehicles set to hit the roads, it was necessary to eliminate the use of leaded petroleum from the world altogether. “Humanity can learn from and fix mistakes that we've made," Anderson was quoted. UN Secretary General Antonio Guterres called for similar initiatives towards emissions-free transport in tackling climate change.