Hector 2021 is looking to fight in the mid-size SUV segment with renewed vigour and gets several updates on the outside as well as in the cabin.
By : Shubhodeep Chakravarty
| Updated on: 08 Jan 2021, 02:02 PM 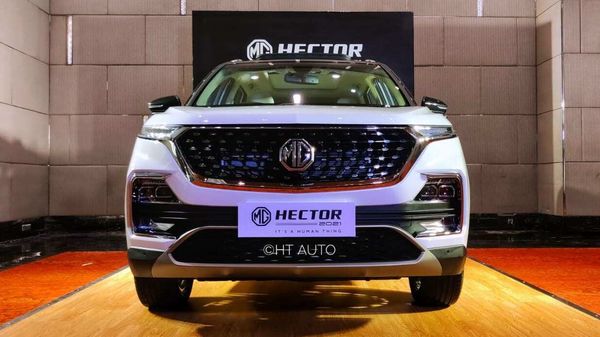 MG Hector 2021 gets several updates on the outside while the cabin is also more premium and with more features than in the previous model.

Hector is the car that marked MG Motor's entry into India and the SUV laid the foundation for subsequent offerings from the company. While the current lineup here includes the ambitious ZS EV, premium luxury SUV Gloster and Hector Plus, it is the Hector that remains MG's main weapon of choice to take on rivals with. And because it competes in the lucrative mid-size SUV segment, Hector 2021 has been given a number of updates to help it compete with renewed energy.

Most notable among all the updates on and inside the Hector 2021 is the compatibility with Hindi voice commands. It is for the first time that a car's software interface can listen, comprehend and respond to a language other than English. And although the responses remain in English, that a driver or passengers can interact in Hindi could well mark the start of bringing in many more languages that are spoken across the country. 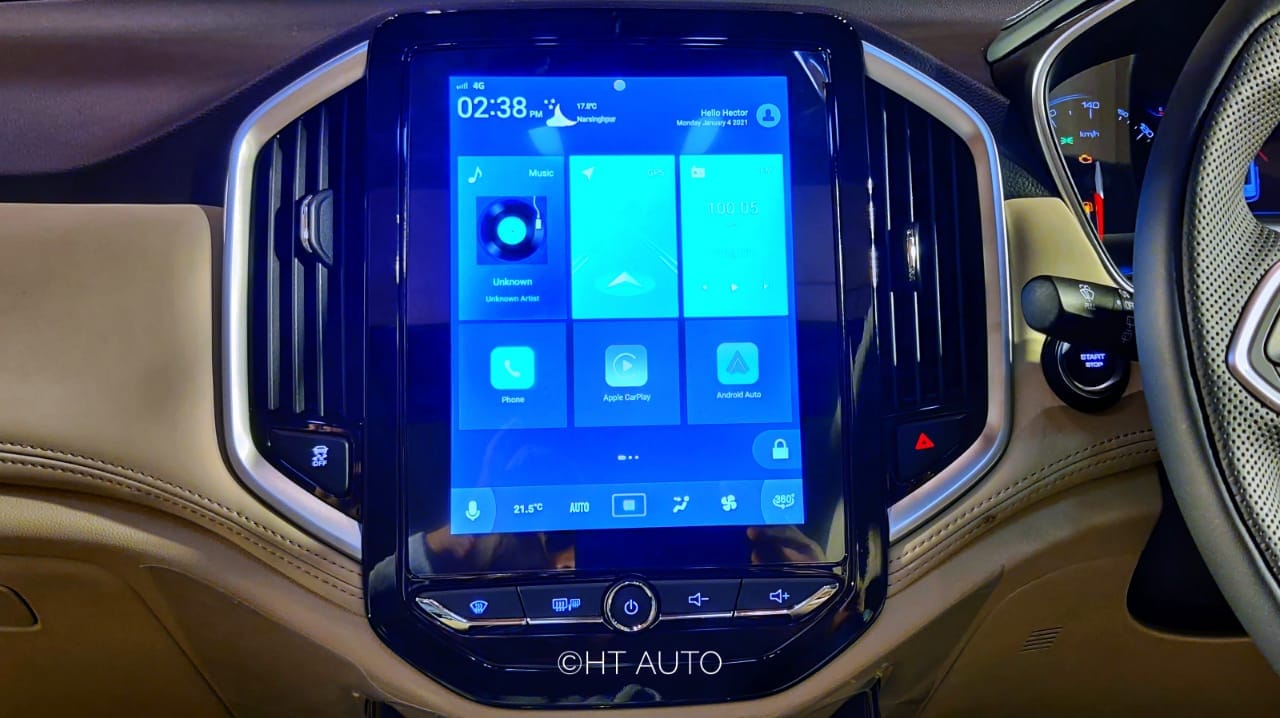 The large and vertically-oriented touchscreen inside Hector 2021 remains the mainstay of its cabin.

Additionally, the SUV comes with more than 60 connected car features with newly added features like i-SMART app on Apple watch, voice search for songs in Gaana app, Wi-Fi connectivity, Weather forecast by Accuweather, among others.

While a mammoth panoramic sunroof remains a stellar highlight of Hector's cabin, the SUV now also gets tiny ambient lights on all four doors.

Some of the other highlights inside the cabin of the new Hector is better seat cushioning and the front seats are ventilated now. This is a much-needed feature in most parts of the country because of the climatic conditions here. The layout of the SUV remains quite premium and has a neat finish all around but the addition of a champagne and black dual-tone colour option here enhances the aesthetics by quite a bit. There is also support for wireless phone charging and auto-dimming interior rear-view mirror.

From the outside, Hector 2021 is almost identical to look at as the first Hector that was launched. And yet, there are some noteworthy updates that makes it have a better profile than before. The biggest change is right where the face is at. A new thermopressed front grille - similar to the one on the ZS EV, has been added while the front and rear skid plates are in a grey gunmetal finish. An all LED light set up at the front gives Hector 2021 a solid appearance from the front.

The reflector strip connecting the two tail lights in the previous model has now been replaced with a darker garnish. 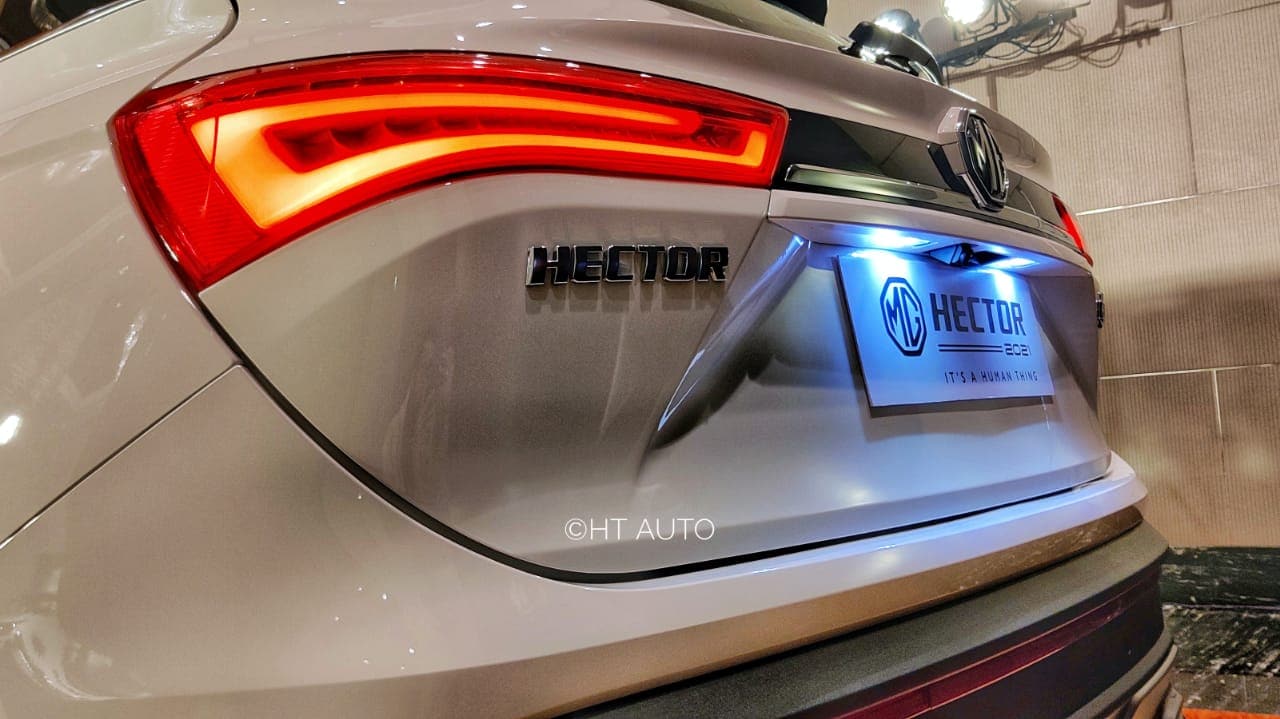 And perhaps most significantly, a new 18-inch dual-tone alloy comes in in place of the 17-inch wheels which looked rather tiny in the previous Hector. 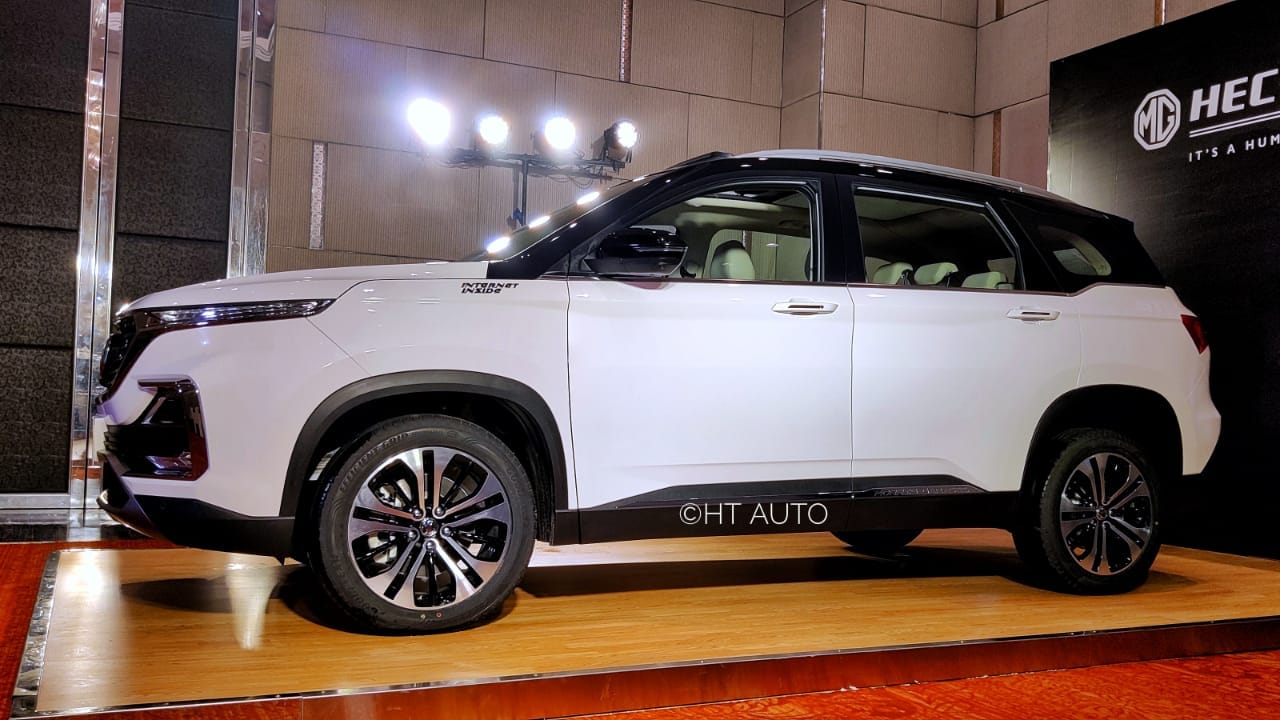 MG Hector now has slightly larger wheels which go well with the overall proportions of this SUV.

MG is once again betting big on Hector to build on its initial success and the SUV starts at ₹12.89 lakh (ex showroom).