Lotus Cars, known for low-slung racers that wedge drivers into a tightly honed cockpit, is working on a new, entry-level model that will provide enough interior space for every-day use.
By : Bloomberg
| Updated on: 22 Apr 2020, 08:49 AM 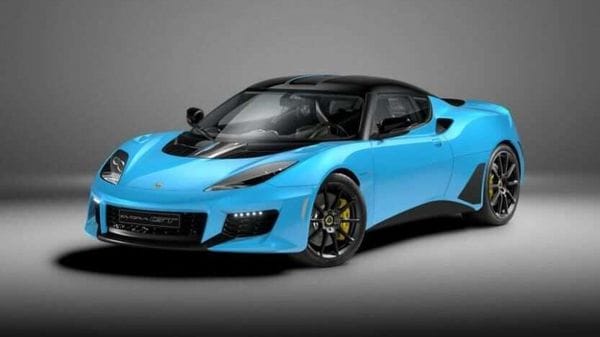 This photo of Evora GT was posted on Twitter by @lotuscars

Lotus Cars, known for low-slung racers that wedge drivers into a tightly honed cockpit, is working on a new, entry-level model that will provide enough interior space for every-day use.

The as-yet unnamed car, destined to be the company’s last combustion-engine model, will be priced between 55,000 pounds ($67,000) and 100,000 pounds, Chief Executive Officer Phil Popham said in an interview. It’ll take design cues from the all-electric Evija hypercar that the U.K. firm bills as the world’s most powerful auto.

The barbell-like pairing of the $2 million Evija with the more modestly priced basic auto defines Lotus’s strategy under Chinese owner Geely Group. Like other performance carmakers, it’s seeking to ramp up volumes by providing more accessible choices that will appeal to regular drivers, while offering wealthy aficionados a chance to spend big on highly profitable limited-edition dream cars.

But unlike rivals such as Aston Martin and Lamborghini that have opted for sport-utility vehicles, Lotus will first produce an accessible sports car -- though one with enough interior space to be compatible with every-day use. That’s a departure from models like the wedge-shaped Esprit, driven underwater by film spy James Bond, that have typically been trotted out only at weekends or on the track.

Production will restart next month at Lotus’s plant in Hethel, England, as soon as the U.K. lifts its coronavirus lockdown, Popham said. A factory extension is being built to house the new model, which will be unveiled late this year or early in 2021.

Lotus plans to lift volumes from around 1,600 cars a year toward the 5,000-unit limit of its facilities, said Popham, who added the plans won’t be held back by any hit to sales from the coronavirus.

“It’s not as if we have to generate all the money ourselves to invest in our future," the CEO said, adding that future options could include an SUV, crossover, cruiser or sporting saloon. “Our focus now is on sports cars but we do think the brand has the potential to move into other segments. And Geely has expertize in areas such as electrification and autonomous driving."

The Evija will meanwhile enter assembly before the year’s end, Popham said. Only 130 of the autos are due to be built, and deposits have been taken on all production due in the second half, he said. Sales have slowed following the lockdown, with U.S. and European promotional tours curtailed.