Home Auto Cars News Hyundai Reveals Teaser Images Of Staria, Its Mpv All Set To Aim For The Stars

Hyundai reveals teaser images of Staria, its MPV all set to aim for the stars

Hyundai Staria takes design cues which are inspired from a spaceship.Staria from Hyundai is aimed at large families who may be looking for a stylish MPV ride.
By : HT Auto Desk
| Updated on: 11 Mar 2021, 09:38 AM

Hyundai Staria is looking at bringing the style quotient to the MPV segment and claims to also offer space and features inside the cabin.

Hyundai vehicles are, among other things, known largely for their appealing looks regardless of which segment they may be in. And while the MPV segment isn't really known as one which has the most eye-catching products anywhere in the world, expect Hyundai to raise the bar as it may well have done with the Staria, its upcoming MPV that promises ample doses of style and a host of features.

Hyundai recently released teaser images of Staria MPV which showcases its frontal styling and its side and rear silhouette. The name itself is a combination of the words 'star' and 'ria' which, as per the Korean car maker, denotes the vehicle’s future-oriented product values and streamlined design characteristics.

The Staria takes visual cues which may have clearly been inspired from a spaceship. As such, it gets a large mesh grille at the front, a strip of LED DRL running across the front portion of the bonnet and what look like square-shaped LED headlight units.

The rear profile of the Staria is much like that of a conventional MPV and has a vertical stretch. The large LED tail light units on either side add a futuristic appeal. 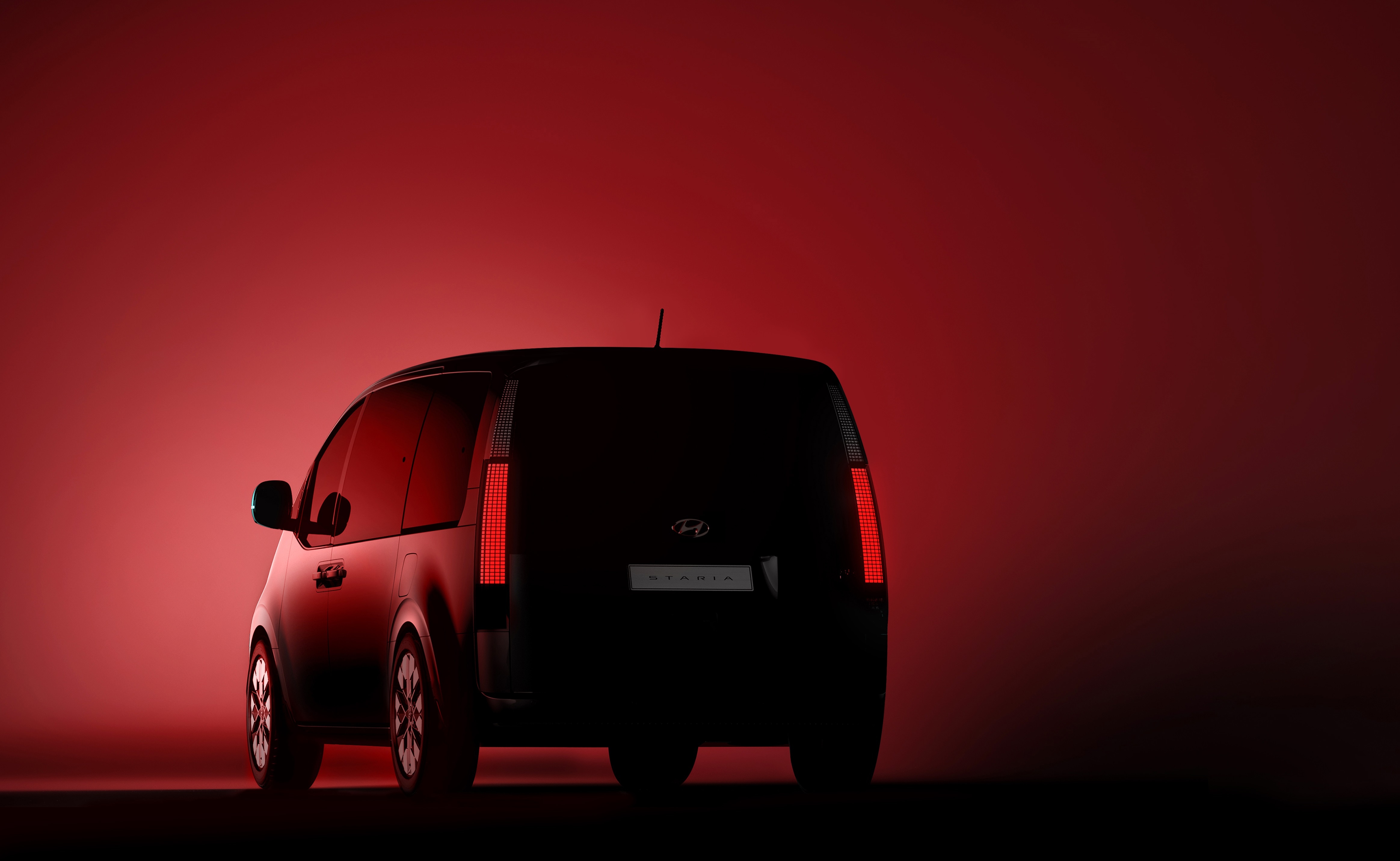 Hyundai Staria gets large windows which are designed to increase the sense of space that the MPV would offer.

There is also expansive panoramic windows and lower belt lines which, Hyundai claims, adds to the premium-ness and large cabin space on offer.

Hyundai will offer Staria in select markets and it is not known if the MPV will make its way to India, yet. But the Korean car maker is betting big on the car to appeal to larger families and it may rival the likes of Kia Carnival in markets where it is offered. "Staria is Hyundai’s new MPV lineup that opens up a new mobility era," said SangYup Lee, Senior Vice President and Head of Global Hyundai Design. "Staria will provide a completely new experience and value proposition for customers through its unprecedented design features."