Audi e-tron GT and its RS version is the most powerful electric car ever made by the company.Audi and Porsche have co-developed the e-tron GT and Taycan.
By : Shubhodeep Chakravarty
| Updated on: 22 Sep 2021, 12:19 PM 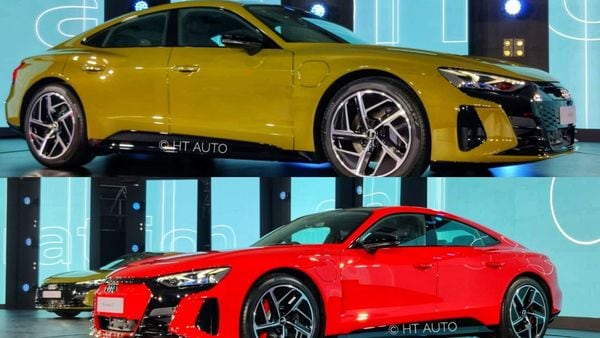 Looks may be subjective but there is perhaps no denying that the Audi e-tron GT is likely to get admiring stares from an overwhelming majority.

Audi e-tron GT and RS GT electric sports cars were officially launched in the Indian car market on Wednesday at a starting price of ₹1.79 crore (ex showroom). Audi India may have come to the electric party a little late - the e-tron and e-tron Sportback was launched in July - but now boasts of the widest range among luxury as well as non-luxury brand of vehicles here.

Much like the e-tron and e-tron Sportback, the Audi e-tron GT and RS GT come in via the import route. And while seeking to becoming an exclusive offering in an already very niche field of play, there is much that both electric vehicles promise for those interested.

Audi e-tron GT was first showcased to the world in February of this year and has been seen as a direct rival to the likes of Tesla Model S Plaid and the Porsche Taycan. That the e-tron GT is the most powerful EV that Audi has ever made is underlined and then highlighted by an even more powerful Audi e-tron RS GT version. 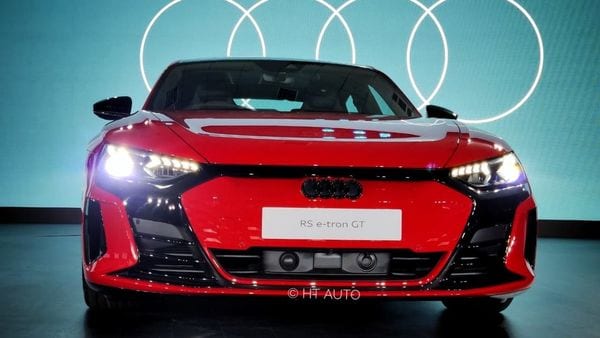 To underscore its performance credentials, the Audi e-tron GT gets an extremely sleek aerodynamic profile and has a drag coefficient of just 0.24. A prominent grille, sleek LED head light units, turbine-like alloy design - all go on to give it an extremely sporty visual appeal.

The e-tron GT stands on 20-inch alloy wheels while the RS version stands on 21-inch wheels.

Perhaps the most outstanding, even outlandish, highlight of the latest from Audi India is the drive capability on offer. The e-tron GT offers 630 Nm of torque with an additional 10 Nm in overboost mode. The e-tron RS GT is even more capable and offers 830 Nm of torque.

The power output is at 470 hp for e-tron GT while the RS version offers 590 hp. In the additional overboost mode, these figures rise to 522 hp and 637 hp, respectively. And despite the weight of around 2,300 kilos, this EV jumps to 100 kmph from absolute standstill in a mere 4.1 seconds, 3.3 seconds if in the RS version. 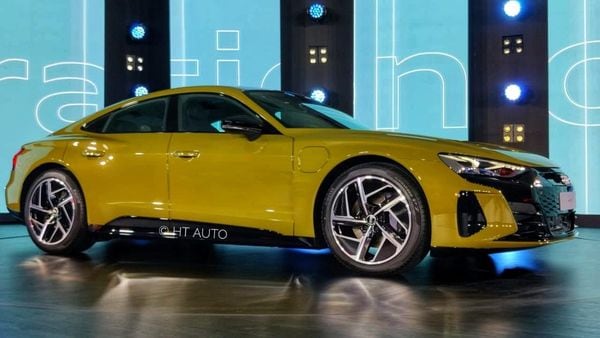 Most of the performance credentials of the e-tron GT is made possible by a 93kWh battery pack. It uses 800-volt technology and Audi claims that it is ensured that the driver not only manages to extract the best-possible performance but can also recharge the vehicle quicker. Just a five-minute plug-in into a fast charger will add 100 kms to the EV's range. Using a standard 11 kW AC unit, however, would require an overnight plug-in.

The per-charge range claimed by Audi stands at an impressive 487 kms but much like almost every electric vehicle, this figure would depend on a wide variety of factors in the real world.

The cabin of the e-tron is just as plush and just as futuristic as one would expect from a new-gen Audi car. A 12.3 inch Audi virtual cockpit digital instrument cluster is paired with a 10.1-inch touchscreen. This takes care of infotainment needs as well as helps with navigation, including searching for the nearest charging station.

Audi has made use of artificial suede called Dinamic which is a kind of recycled material. Nappa leather and Head-Up Display (HUD) unit come as optional extra.

There is really no direct rivalry as per performance credentials but the Audi e-tron GT and RS GT will join cousins e-tron and e-tron Sportback in challenging the likes of Mercedes EQC and Jaguar i-Pace.