The coronavirus lockdown has delayed the launch of several new motorcycles and scooters which were earlier slated to come out in March/April 2020.
By : Prashant Singh
| Updated on: 15 Apr 2020, 09:44 PM 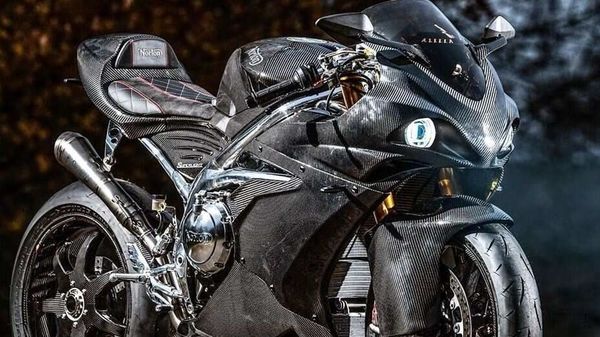 The coronavirus outbreak has created a havoc and wrecked the world economy. The growth of all the major industries including 'Auto' has gone for a toss since production plants are shut and the sales is all-time low.

The lockdown implemented to contain the covid-19 outbreak has delayed the launch of several new motorcycles and scooters which were earlier slated to come out in March/April 2020.

Here is a list of all the two-wheelers which would be launched soon after the lockdown is lifted in India.

Hero Motocorp has already announced that the Xtreme 200S BS 6 would be launched soon. It will use the same 200 cc engine used in the XPulse 200 BS 6 motorcycle.

Only a few days back Honda Motorcycle and Scooter India (HMSI) took down the Grazia scooter from its official line-up. The scooter will soon return in an updated BS 6 avatar post the lockdown.

The Benelli Imperiale 400 BS 6 was originally scheduled to be launched in mid-April 2020. But looks like the company has decided to put a pin on its launch plans until the lockdown ends.

Along with the new Xtreme 200S, the company will also launch the updated Impulse 200T BS 6. Launch of both the bikes have already been officially announced on Hero's official webpage.

The Xtreme 160R is a completely new product altogether and Hero simply couldn't mistake it to launch it digitally amid the lockdown. The company will take time when the market situation is back on track. The all-new Xtreme 160R is a very important product for world's biggest two-wheeler maker and it will land in the market most probably in June this year.

The top-spec Jupiter, or the Jupiter Grande will be launched in the BS 6 configuration in May 2020. Currently, the scooter stays discontinued.

The 2020 Street Triple RS was originally slated for March 25th launch, but the announcement of lockdown forced Triumph Motorcycles India to delay its launch.

While Harley-Davidson has already revealed the pricing of most of its BS 6 complaint products, it has temporarily discontinued the Fat Bob from its official product line-up. The bike is expected to return in an updates BS 6 avatar in May this year.

Apart from everything above, several other bikes such as Benelli Imperiale 250 BS 6, Hero Xtreme 200R BS 6, Yamaha FZ25 BS 6, and Yamaha FZS 25 BS 6 are also expected to be launched soon.