Home Auto Two Wheelers Royal Enfield Himalayan 650: When Will It Come To Life?

Royal Enfield Himalayan 650: When will it come to life? 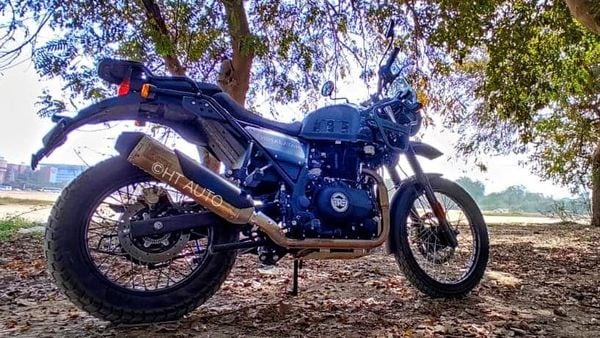 Royal Enfield first launched Himalayan in the Indian market back in 2016.

The existing Royal Enfield Himalayan has been ruling the affordable adventure bike segment ever since was launched in India in 2016. It came out to be the first option in the segment that offered customers a pure adventure experience without burning a hole in their pockets. But times have changed and Royal Enfield may be planning to get a new watch, a bigger and more expensive one.

Speaking to HT Auto, on the sidelines of the brand's several digital initiatives, Shubranshu Singh, Global Head, Marketing at Royal Enfield, did hint at the new Himalayan 650, stating that “there is always a possibility", but as it appears now, the cat is finally out of the bag.

Several rumours suggest that the brand has already started working on the upcoming bigger iteration of the motorcycle which could also use a new name (not Himalayan 650). But seeing the cult that the bike has managed to create over the last few years, continuing the Himalayan bloodline would make business sense unless Royal Enfield aims to create a whole new brand altogether, something even bigger (and more profitable) than Himalayan itself.

The motorcycle could use the existing 650 cc platform that will enable the bike to better its road performance given how capable the 650 Twins really are. Also, the new bike could use a different wheel combination and of course a different chassis altogether that could handle the muscle of a dual-sport motorcycle. The company will also likely upgrade the bike with tubeless tyres for improved highway performance which will be quite an obvious upgrade. Alongside, also expect newer features to bless the bike in the process.

As far as the launch is concerned, it might still be a couple of years away as the work has just started. Given all the upgrades, along with a new heart, it will come out to be a much premium product than the existing model.