Royal Enfield's 'digital mantra' to bring its motorcycling community together

Royal Enfield is engaging its online community by innovative storytelling using 'digital' as a medium.The various campaigns that Royal Enfield is running is based on the insight that during the current (lockdown) times, content consumption and digital engagement has peaked new heights.
By : Prashant Singh
| Updated on: 22 May 2020, 08:42 AM 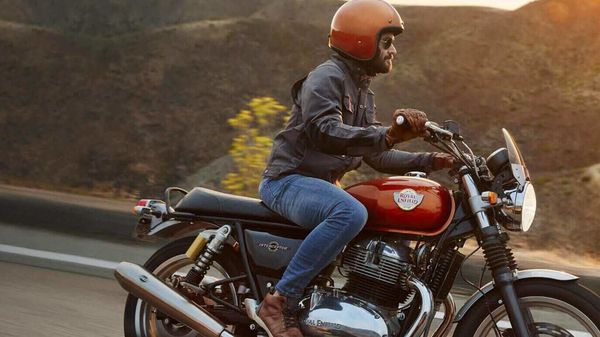 Over the course of last few months, Royal Enfield has launched a slew of digital campaigns in order to engage its digital community and keep motorcycling spirits high.

Speaking to HT Auto, Shubranshu Singh, Global Head, Marketing at Royal Enfield said that company has used the last several months of lockdown to reach out to its biking community, fans and social media followers to engage them in sharing their biking experiences, trip memories and basically 'all things motorcycling', using digital as a medium.

"Naturally everybody is missing opportunities to ride, so staying true to the brand that we are, we tried to recreate that flavour in their life and that's the platform that we've been working on," Singh told HT Auto.

As per Royal Enfield, the range of digital campaigns which were planted on social media brought its entire motorcycling community together.

The brand has close to 7.5 million followers' base across platforms and it wanted to engage this crowd by the 'digital' means.

#TripStory, (March 27th onwards) one of the first campaigns managed to garner 7.3 million engagement along with 61.3 million (estimate) reach. While the second leg to the same campaign #TripStory 2.0, called 'What's Your Adventure', (April 13th onwards) generated 3.8 million engagement and 19 million reach. This campaign was all about digging old riding pictures and sharing them online and nominating more friends along.

There are no maps for adventure. There’s just the rider, the terrain and, uniting them, a thrumming engine and a pair of wheels. The Royal Enfield Himalayan was forged among the towering mountains and limitless highways to create a machine that flows in harmony with all roads, no roads, and everything in between. Because your journey could take you anywhere. To turns that look wrong, but feel right. To waters that look rough, but flow soft. To horizons that look endless, but lead home. No matter where you’re going, all you need to do is climb on #RoyalEnfieldHimalayan To know more about the #REHimalayan, visit link in bio. What’s your Adventure? Share your adventure stories with us on Instagram by tagging @theroyalenfieldhimalayan and #TripStory to stand a chance to feature on our handles. Till then #StayHome and Stay Safe till we can ride together again soon. #AllRoadsNoRoads #RoyalEnfieldHimalayan #RoyalEnfield #RidePure #PureMotorcycling

Apart from this, there was another campaign #RoyalEnfieldCustom. Royal Enfield has already covered four episodes of this campaign, while there are four more in the pipeline.

Since the lockdown imposed restrictions on going out on the roads, this in-fact is an innovative way to keep the motorcycling community connected and intact.