The patent images suggest that Honda is working on an even smaller monkey bike.The engine/transmission location as per the patent images has been changed, among several other constructional differences.
By : Prashant Singh
| Updated on: 24 Apr 2020, 08:41 AM 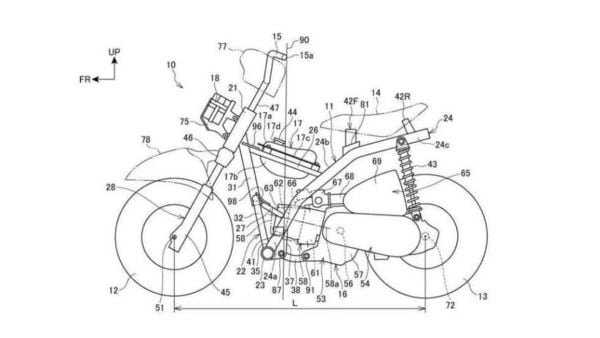 Honda may be developing a smaller version of the Monkey 125 bike which was announced back in 2018. As per the latest patent images, there is a new and smaller Monkey bike in the making since the drawings reveal a more compact design than that of the current Monkey 125.

The patents suggest some strong structural differences especially when superimposed on the available 125's image, the most prominent difference being the different location of the engine/transmission.

The bike in the images can be seen using an axle mounted engine and transmission, similar to the Honda scooter. On the other hand, the current Monkey features a unit construction engine and manual transmission. 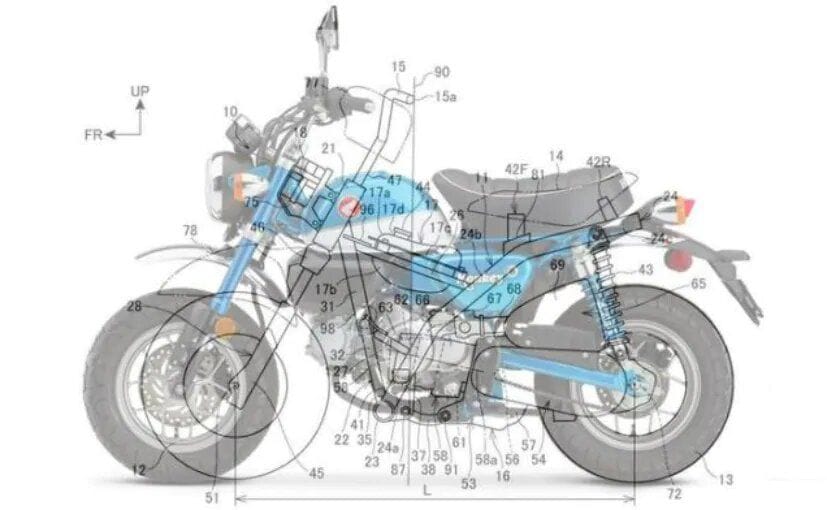 The drawings reveal a smaller monkey bike, especially when superimposed with the current model.

Moreover, it also features a smaller fuel tank body sitting over the top tube of the frame. The new unit also appears to be even smaller than the present 7-litre fuel tank that's available on the current bike.

Smaller design has also changed the riding ergonomics with the handlebar pulled-up even closer to the rider. The patent images also reveal the relocation of the battery which comes fitted on to the front apron, just below the headlight.

What remains to be seen is if it's meant to be a replacement to the current Monkey 125 or sit as an additional model in the line-up. The latter seems a possibility since the Monkey 125 isn't a very old model that needs replacement.

The company is also working on a bigger displacement Rebel 1100 cruiser. It will reportedly draw power form the new CRF1100L Africa Twin's 1.1-litre twin-cylinder engine. It will allow Honda to compete against some heavy bikes from Harley-Davidson and Indian Motorcycle. (Read full details here)