The Rebel 1100 will stand in the same league as some heavy cruisers from Harley-Davidson and Indian Motorcycle.
By : Prashant Singh
| Updated on: 20 Apr 2020, 03:42 PM 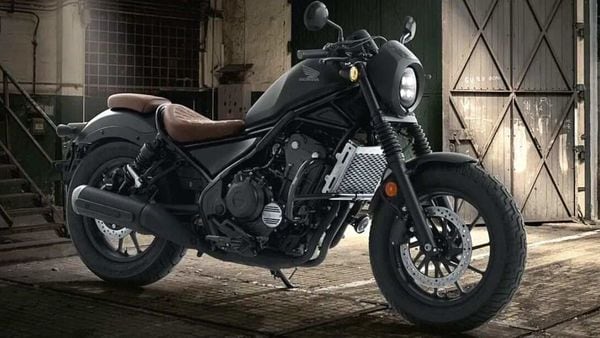 There is a bigger capacity Rebel 1100 cruiser in the works and if a report from MCN is anything to go by, the motorcycle will source power from the new CRF1100L Africa Twin's 1.1-litre twin-cylinder power plant.

For the uninitiated, the Rebel cruiser is only available with a 471 cc, liquid-cooled, twin-cylinder engine which is known to push out 47 PS and 45 Nm of torque. This is the same engine which has been shared with some of the 500 cc Honda bikes including CB500X.

The Rebel 1100 will stand in the same league as some heavy cruisers from Harley-Davidson and Indian Motorcycle.

As per the source report, the motorcycle will run on the same 1,084cc, parallel-twin motor borrowed from the Africa Twin adventure tourer bike. In its adventure-spec tuning it delivers 102 PS at 7,500 rpm and 105 Nm of torque at 6,250 rpm. Also, it goes without saying that the engine will be re-tuned to match the character of the cruiser bike.

The company will also develop a new chassis which would be able to support the output from the bigger engine. Also, new suspension and brakes would be introduced along with rest of the cycleparts which will be specific to the bigger Rebel.

As far as electronics and features are concerned, the bike may benefit from bits like cruise control, traction control and riding modes as well. It may also get IMU system for cornering ABS among other such rider assist features.

In terms of exterior looks, expect the Rebel 1100 to not deviate much from the original design of the motorcycle. Only differentiators may include a bulkier getup, premium panel, more LED lighting, and fatter tyres.

Expect the Honda Rebel 1100 to debut at the EICMA 2020 this year, though chances are that the show might get delayed/cancelled due to the coronavirus pandemic.