FASTag may become mandatory for vehicles sold before December 2017

The government has proposed the changes in a draft notification, and also wants to make having a valid FASTag mandatory while getting a new third party insurance.
By : PTI
| Updated on: 04 Sep 2020, 09:39 AM 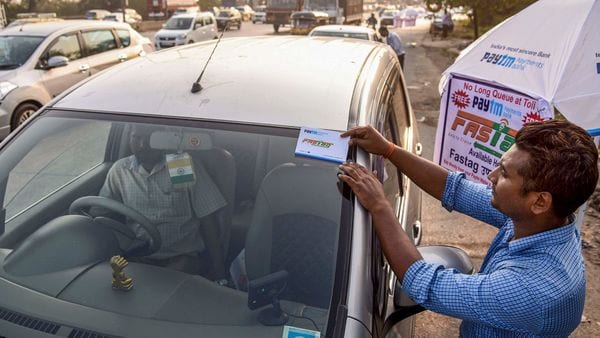 To promote digital and IT-based payment of toll fees, the Centre has proposed to make FASTag mandatory for vehicles sold before December 1, 2017, the road transport ministry said on Thursday.

It said a notification has been issued in this regard and post amendment to rules, FASTag will be mandatory for old vehicles from January 1, 2021.

A draft notification has been issued to seek comments and suggestions from the stakeholders "on making FASTag mandatory for old vehicles sold before December 1, 2017. The amended provision in CMVR (Central Motor Vehicles Rules), 1989 is proposed to be put in force w.e.f 1st Jan 2021", the Ministry of Road Transport and Highways said in a statement.

It is also "proposed to make having a valid FASTag mandatory while getting a new third party insurance" through an amendment in certificate of insurance, wherein the details of FASTag ID shall be captured, it said.

As per CMVR, 1989, FASTag had been made mandatory since 2017 for registration of new four wheeled vehicles and is to be supplied by the vehicle manufacturer or their dealers.

It had further been mandated that the renewal of fitness certificate will be done only after the fitment of FASTag for the transport vehicles, the statement said.

For national permit vehicles, the fitment of FASTag has been mandated since October 1, 2019, it said.

A FASTag is a device that employs Radio Frequency Identification (RFID) technology for making toll payments directly from the prepaid or savings account linked to it and is affixed on the windscreen of the vehicle and enables the commuter to drive through toll plazas, without stopping for cash transactions.