The Apple iV concept comes equipped with advanced lidar and camera systems for autonomous driving.It gets a centrally-seated cockpit, symmetrical sliding doors and Apple styling on the exterior.
By : HT Auto Desk
| Updated on: 12 Mar 2021, 11:40 AM 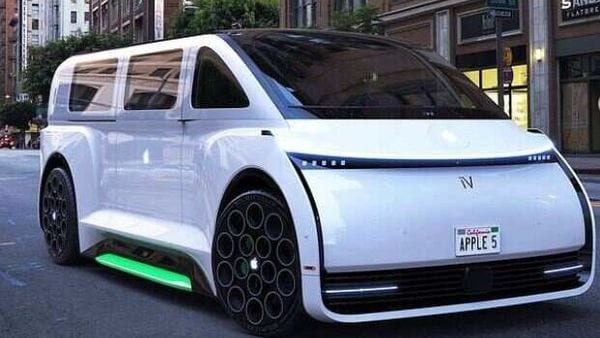 The reports about tech giant Apple's upcoming electric, autonomous vehicle has been doing rounds and creating waves in the automotive industry. However, the car is not expected to hit the roads until at least five years.

While it is still unknown who will Apple build its electric car with, an automotive designer has shared his concept design proposal - called Apple iV (ai-vee) concept - for the long-awaited Apple car project. A Turkish professional, Emre Husmen, shared the images of the conceptual renderings on his Instagram account and his Behance page.

He has envisioned the Apple car as people-hauler electric van with 1+2+2 configuration. The concept van is 5 meters (16 feet) long and gets a centrally-seated cockpit, Husmen informed in his posts. Since the steering wheel and the driver's seat are placed in the centre of iV's cabin, it makes for greater visibility thanks to its large glasses. 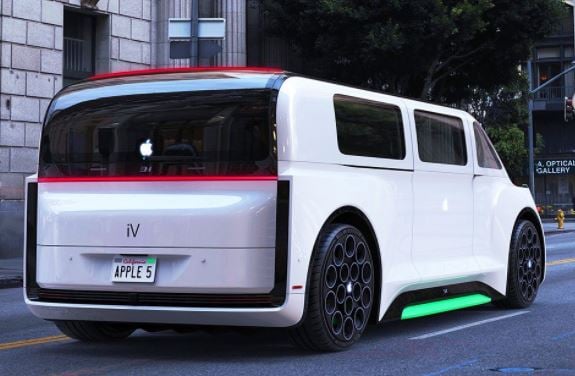 The self-driving concept vehicle is capable of transporting its passengers fully autonomously thanks to its advanced lidar and camera systems.

In terms of styling, Husmen says that he has applied "Apple styling" to the exterior of the vehicle with "golden ratios" in automotive design. The vehicle gets 26-inch wheels and there could be an option to adjust suspensions. Couple with these, the vehicle's large fenders give it a sporty and SUV-like look. The concept will get symmetrical sliding doors that will require only a single molding.

The Apple iV can be charged with a wireless drone charger at home as well as with a cable attached to the charging port on its front hood. The vehicle, as the designer says, is equipped with the latest Apple technologies updated constantly.

Though the description of the vehicle sounds quite interesting, it is just a conceptual rendering by an automotive and Apple enthusiast.