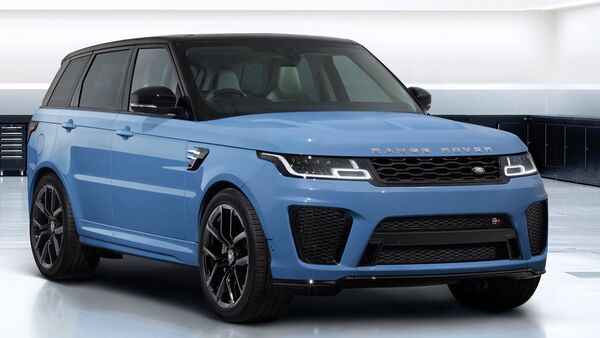 Range Rover Sport SVR is expected to come with a host of updates.

The upcoming Range Rover Sport SVR is expected to come sporting a fully redesigned appearance. Besides a new design and powertrain, it will also get a fresh underpinning as well. The luxury high-performance SUV will be based on Land Rover's MLA Flex platform, which is claimed to offer 50 per cent more torsional stiffness and 24 per cent structure-borne noise as well. With these updates, the new-generation Range Rover Sport SVR will be more competitive against its rivals such as Porsche Cayenne and BMW X5 M.

In the BMW M5 CS, the 4.4-litre V8 engine churns out 625 hp of power while it generates 615 hp in the BMW X5 Competition. Expect to see similar numbers in the Sport SVR as well. It could come with an acceleration capability of 0-100 kmph in 4.0 seconds at a top speed of 290 kmph. The automaker could also bring a plug-in hybrid variant of the new-generation Range Rover Sport SVR.