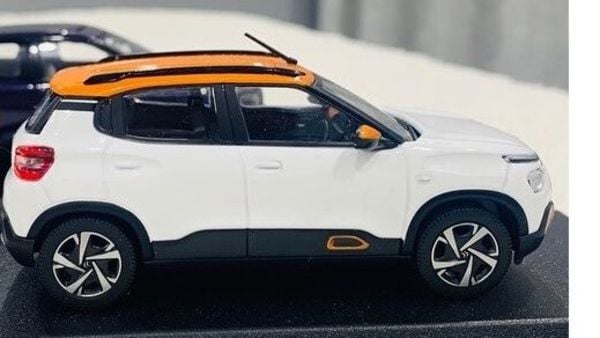 After the C5 Aircross SUV hit the Indian markets earlier this year, Citroen is all set to expand its offering in the country with a new model soon. It is expected that the French carmaker will drive in a sub-compact SUV for Indian customers in September which will be called C3.

Citroen has confirmed that it will unveil a new B segment vehicle on September 16. ‘Designed to attract new customers in strategic regions’, this new SUV will have a global debut. According to reports, the unveiling will be of the new C3 sub-compact SUV, the brand's first made-in-India vehicle.

The 2021 Citroen C3 SUV has been spotted testing on Indian roads several times in camouflaged form. Earlier this year, its final design was leaked online when images of its scale model surfaced giving away key clues about its design and other aspects.

According to leaked images, the Citroen C3 will have the French carmaker's traditional grille at the front that will be flanked by dual-layer headlamps, a flat bonnet and angular windshield just like the C5 Aircross. It will also have almost a flat roof tapering down towards the rear section. Among other noticeable features the C3 is likely to come with blacked-out pillars, roof rails, and dual-tone diamond-cut alloy wheels.

The Citroen C3 SUV will also get black cladding on the body panels. The leaked images of the scale model shows a contrast orange roof, along with some other orange highlights too.

The Citroen C3 sub-compact SUV is likely to be powered by a 1.2-litre turbo-petrol engine along with a 5-speed manual gearbox, as well as a DCT-automatic transmission. Citroen is unlikely to offer any diesel variant for this SUV.