BMW launched the iX electric SUV in India earlier this month. Available in only one variant, the xDrive40, BMW claimed the EV has a maximum range of 425 kms on a single charge.
By : HT Auto Desk
| Updated on: 24 Dec 2021, 12:53 PM 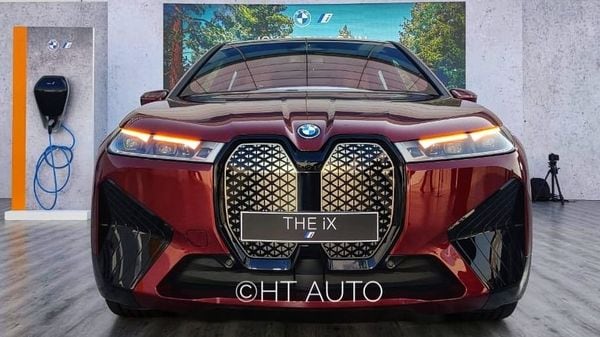 BMW iX electric SUV has been launched in India at a price of ₹1.16 crore (ex showroom). The first batch of the EV, which will be brought to the country via the completely-built-up (CBU) route, has already been sold out.

BMW iX electric SUV, which was launched in India earlier this month, has received official EPA range of 521 kms on single charge. The electric SUV, which is globally available in two variants called xDrive40 and xDrive50, will rival luxury electric cars like the Mercedes EQC, Audi etron and Jaguar iPace in India.

Environmental Protection Agency, or the EPA, is a US body that rates energy efficiency of electric cars.

BMW had claimed that the xDrive40 variant of the iX electric SUV comes with a maximum range of 425 kms on a single charge. The higher-spec xDrive50 variant offers almost a hundred kms more in single charge. However, the certified range is much less than 611 kms claimed by BMW earlier.

Power for the BMW iX is generated by two electric motors fitted to the front and rear axles. The 111.5 kWh battery pack that powers a dual motor all-wheel drive system. The electric SUV is capable of accelerating from 0-100 kmph in less than 6 seconds and has a top speed of 200 kmph.

BMW iX can charge quicker than most EVs. The German carmaker claims that the electric SUV can charge up to 80 percent using a 150 kW DC fast charger within half and hour, which takes a little more than an hour while using a 50 kW DC charger. The regular 11 kW AC charger takes about seven hours to fully recharge the iX SUV.

BMW is offering the xDrive40 variant in India as of now which will be brought to the country via the completely-built-up (CBU) route, has already been sold out. BMW iX price in India is ₹1.16 crore (ex-showroom).