Bentley will make only 15 units of Pikes Peak Continental GT with deliveries starting September.The cars will be delivered from Bentley's England factory to markets as far as Australia and New Zealand.
By : HT Auto Desk
| Updated on: 21 Aug 2020, 10:26 AM 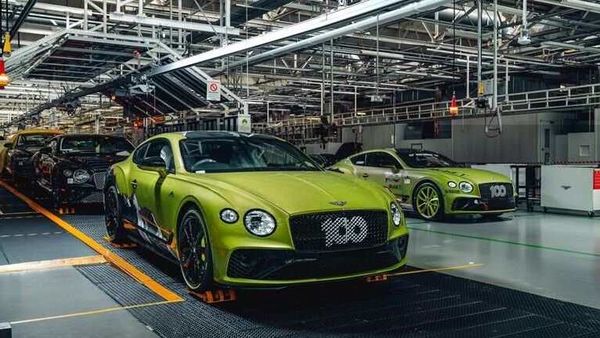 Bentley recently announced that it has officially started production of its super exclusive Pikes Peak Continental GT and will begin deliveries from September onwards. Just 15 units of the vehicle will be manufactured at Bentley's plant in England's Crewe.

Every single of the 15 units of Pikes Peak Continental GT will feature a unique carbon fiber body kit alongwith Radium by Mulliner paintwork, acide green brake disc callipers and Pirelli P Zero Colour Edition tires. On the inside, the steering wheel gets a honeycomb stitching design while Radium contrast stitching and accents seek to highlight the upholstery. Bang and Olufsen speakers are covered in black anodised and Radium finish while the central console is finished in piano black hues.

The special edition will also make use of a monstrous 12-cylinder petrol engine in the twin-turbocharged Bentley W12. There's 626 bhp for the taking and a scrumptous 900 Nm of torque. The car hits 100 kmph in 3.7 seconds and has a top speed of 333 kmph.