After Figo, Ford Aspire may also get automatic gearbox

When launched, the automatic version of the Ford Aspire will take on rivals like Maruti Suzuki Dzire, Hyundai Aura, Tata Tigor and Honda Amaze, which are the other sub-compact sedans in the segment to offer similar transmission options.
By : HT Auto Desk
| Updated on: 28 Jul 2021, 10:48 AM 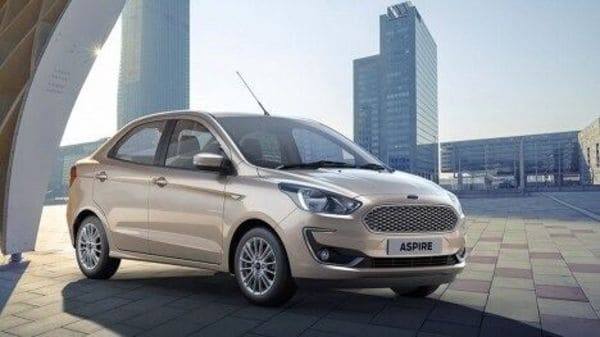 Days after launching the new Figo Automatic with a six-speed torque converter, Ford is planning to use the gearbox in its sub-compact sedan Aspire as well. The return of the automatic gearbox in Aspire makes a return after nearly a year after it was discontinued.

According to reports, Ford will offer the petrol engine variant of the Ford Aspire with the new 6-speed torque converter automatic gearbox. It also uses the same 1.2 litre petrol engine that was seen in the Ford Figo. This engine is capable of churning out power of 95 bhp and peak torque of 119 Nm. Ford used to offer automatic transmission option for its 1.5-litre petrol version of the Aspire before it was discontinued.

The new 6-speed automatic gearbox inside the Figo Automatic comes with a Sports Mode, which is more responsive along with faster gear shifting. At the same time, with the help of select shift function, the driver can change gears manually. The Figo Automatic is offered by the company in two trims, which include Titanium and Titanium Plus.

Ford currently offers the Aspire sedan in India at a starting price of ₹7.27 lakh for the Titanium variant, and goes up to ₹7.62 lakh for the top-spec Titanium Plus variant. The addition of the automatic gearbox inside the Aspire may increase its price by up to ₹1 lakh.

Ford is likely to continue to offer the diesel variant of Aspire with manual transmission only, like it has for Figo. The 1.5-litre 4-cylinder turbo-diesel engine, that also powers Figo, Freestyle and EcoSport, is capable of producing 99 bhp of power and 215 Nm of peak torque.

When launched, the automatic version of the Ford Aspire will take on rivals like Maruti Suzuki Dzire, Hyundai Aura, Tata Tigor and Honda Amaze, which are the other sub-compact sedans in the segment to offer similar transmission options.