Ford Figo Automatic will compete with rivals like Maruti's Swift and Baleno, Hyundai Grand i10 Nios, Volkswagen Polo and Tata Altroz among others.
By : HT Auto Desk
| Updated on: 22 Jul 2021, 13:11 PM 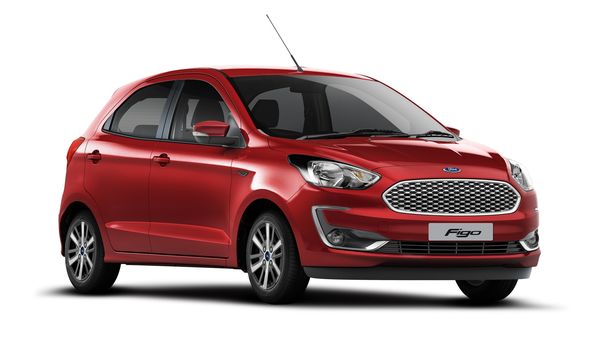 Ford Figo with an automatic gearbox was launched in the Indian market on Thursday and has a starting price of ₹7.75 lakh (ex-showroom). Ford Figo Automatic will add to the existing lineup of Figo hatchbacks.

The six-speed torque converter is the major change in the new Figo Automatic. It will be available in the mid-spec Titanium and Titanium Plus trims. The price for the Titanium Plus trim will go up to ₹8.20 lakh (ex-showroom).

The gearbox is the same that is used in Ford’s subcompact SUV EcoSport, and has been paired with the existing 1.2-litre three-cylinder naturally aspirated petrol engine with necessary tweaks.

The engine, now mated to the automatic gearbox, will be capable of producing maximum power of 95 bhp and 119 Nm of peak torque. The Figo Automatic will also get a ‘Sports’ mode for a more peppy driving experience. The Figo Automatic promises to return a fuel economy of 16 kmpl (ARAI certified).

The diesel variants of the existing Figo hatchbacks will not get the automatic gearbox. The regular 5-speed manual gearbox will continue in the other variants of Figo as usual.

As far as the changes in design are concerned, there are few minor tweaks to the new automatic variant of the Figo. The new new dual-tone 15-inch alloy wheels on the 2021 Figo Automatic have been redesigned with a more sporty appeal.

As far as other features are concerned, the new Figo Automatic gets a 7.0-inch touchscreen infotainment, automatic climate control, rain-sensing wipers and remote keyless entry among others. However, the new Figo still does not have Android Auto and Apple CarPlay features. Among safety features, the new Figo gets six airbags, ABS with EBD, traction control and hill-launch assist.

The new Ford Figo Automatic has entered a crowded market of premium hatchbacks with automatic transmission options. It will compete with rivals like Maruti Suzuki Swift, Maruti Suzuki Baleno, Hyundai Grand i10 Nios, Volkswagen Polo and Tata Altroz among others.