Tata Altroz used to be available with only manual transmission mated to either 1.2-litre petrol, 1.2-litre turbo petrol or 1.5-litre diesel engines. It will rival the likes of Maruti Suzuki Baleno, Toyota Glanza and Hyundai i20 among others in the premium hatchback segment.
By : HT Auto Desk
| Updated on: 21 Mar 2022, 12:07 PM 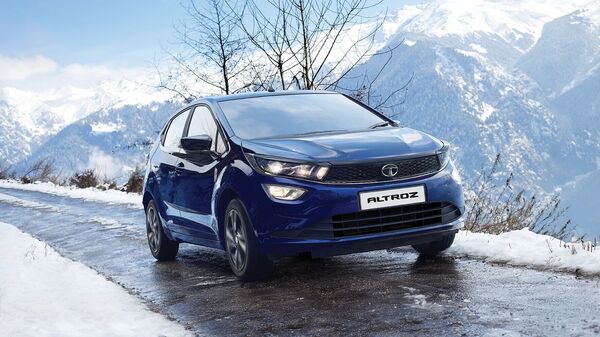 Tata Altroz DCA with seven-speed dual-clutch automatic transmission, has been launched in India at a starting price of ₹8.10 lakh (ex-showroom)

Tata Motors has launched the 2022 Altroz with a seven-speed dual-clutch transmission, a first for the model, at a starting price of ₹8.10 lakh (ex-showroom). The automatic variant of the 2022 Tata Altroz will be available across six trims, which include the XMA+, XTA, XZA and XZA(O) variants as well as two variants in the Dark Edition including XTA Dark and XZA+ Dark. All these trims have the 1.2-litre naturally aspirated Revotron petrol engine. The price of the Tata Altroz AT goes up to ₹9.90 lakh (ex-showroom) for the top-spec XZ+ trim. Tata Motors had earlier started accepting bookings for the Altroz automatic variants at a token amount of ₹21,000.

2022 Tata Altroz DCA will take on rival such as Maruti Suzuki Baleno, Toyota Glanza, Hyundai i20, Honda Jazz and the Volkswagen Polo in the premium hatchback segment. Baleno and Glanza are the only two models which have recently received a facelift.

Rajan Amba, Vice President of Sales, Marketing and Customer Care at Tata Motors Passenger Vehicles, said, “Since the commencement of bookings for the Altroz DCA, we are witnessing an encouraging number of queries. The Altroz DCA with its segment-first features will certainly captivate the minds of prospective buyers and provide a seamless driving experience. With more than 1.25 lakh happy customers, the Tata Altroz has witnessed an overwhelming response from customers and has set certain benchmarks in the segment."

As far as the changes are concerned, the new Altroz DCA comes with certain cosmetic updates. The most prominent is a new exterior colour theme called Opera Blue. This colour scheme will be available along with the other five regular colour options including Harbour Blue, Avenue White, Cosmos Black, Downtown Red, and Arcade Grey.

Besides the new exterior colour schemes, the 2022 Altroz automatic variants will also get the DCA badging. The cabin of the new Altroz gets a 7-inch touchscreen infotainment system, the usual connected car features like Apple CarPlay, Android Auto and Tata's own IRA-connected car features. Other features like the Harman sound system, rain sensing wipers, premium leatherette seats, rear ac vents, automatic headlamps, semi-digital driver display, push start/stop button and 16-inch alloy wheels will continue to be available in the automatic variants of the premium hatchback as well.

As far as safety is concerned, Tata will offer Auto Park Lock as a segment-first feature to improve mileage. Besides this, Tata will continue with the same features available in the manual trims of the Altroz. The premium hatchback is one of the safest cars in India with a five-star rating at the Global NCAP crash tests.