The facelifted Kia Seltos SUV will be updated with a revised front/rear fascia as well as new features.
By : HT Auto Desk
| Updated on: 26 Mar 2022, 02:36 PM 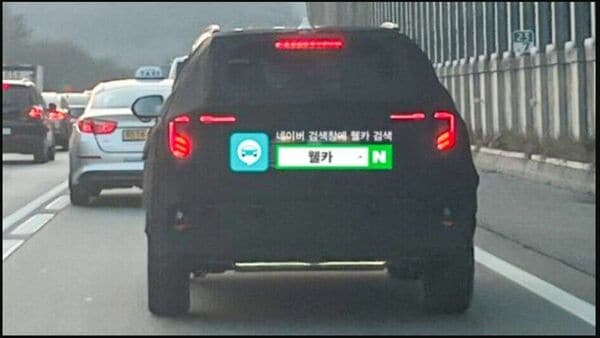 Kia is developing a facelift of the much popular Seltos SUV which has been a run-away success in India since it was originally introduced back in 2019. The new set of spy images hint that the car will receive some major tweaks to its aesthetics including revamped lights.

The facelifted Seltos SUV will be updated with new headlight with split setup and a revised front fascia. The car will adorn Kia’s new design language, similar to the Sportage which received a recent update. There will be also an updated rear profile with new lights to lend it a sharper look. However, from the side, the car is likely to look more or less the same. The spotted prototype can be seen wearing 16 inch single tone alloys with 205/60 tyres, however, previously the car was also seen getting tested with larger 17-inch, dual-tone, machine-cut wheels.

The new car will also be updated with a panoramic sunroof like Hyundai Creta and will do away with the single pane unit found on the existing model. The company may also introduce a mild update in the form of new upholstery / colour options to give the car a refreshed appeal.

The previous test units were also seen with a radar module mounted at the front indicating car could be offered with ADAS features. Also, it will continue along with its connectivity features via Kia’s UVO platform.

Under the hood, the new 2022 Kia Seltos will continue along with its existing set of powertrain options in the respective markets. Moreover, the company could introduce a new diesel IMT option. In terms of safety, expect the car to get features such as six airbags, vehicle stability management, electronic stability control, hill start assist, 360° camera, parking sensors and a tyre pressure monitoring system. It is yet not confirmed if ADAS options will be introduced in India or not.