The new Bajaj Dominar 400 will appeal to riders who prefer to travel long distances on a motorbike.The updated Dominar 400 is expected to go on sale in the country this September.
By : HT Auto Desk
| Updated on: 24 Aug 2021, 02:09 PM 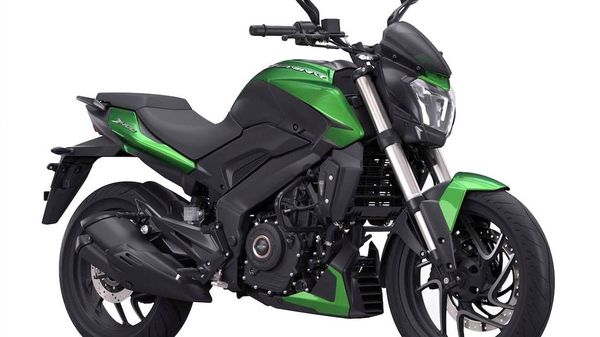 Bajaj Auto is gearing up for the launch of a new touring-specific variant of its highly popular Dominar 400 motorcycle, dealer sources have confirmed to HT Auto. The bike is expected to go on sale in the country this September and will carry a slightly higher price tag than the existing model which retails at ₹2.11 lakh (ex-showroom).

The new Dominar 400 will come equipped with some touring-specific accessories such as a dark tinted, longer front windscreen and handguards in the dual-tone shade. In addition to that, it could also get new mirrors.

While there will be features and accessories-specific updates, mechanical will remain unaltered. It will use the same 373.3 cc single-cylinder, DOHC engine which is a fuel-injected unit. The engine produces 40 PS of maximum power at 8,650 rpm and 35 Nm of peak torque at 7,000 rpm. It comes married to a 6-speed gearbox and features a slipper clutch as well.

Apart from the engine, cycleparts will also remain unchanged. It will continue to come with a 320 mm disc at the front and a 230 mm rear disc. The brakes will come kitted a dual-channel ABS. The suspension kit on the bike will include 43 mm USD front fork, and a multi-step adjustable monoshock sits at the back.

The new Dominar 400 will appeal to riders who prefer to travel long distances on a motorbike. While the Dominar 400 is already a touring friendly bike, the addition of new accessories will surely make it better at this job.