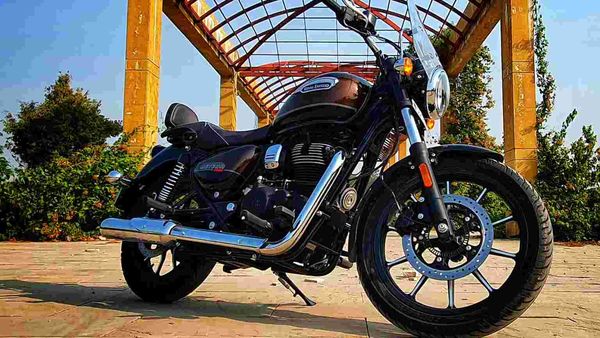 The Meteor 350 has gained popularity since its debut and has become a hot-selling motorcycle in the company's 350 cc range. As per some dealer sources located in Delhi NCR, Pune and Mumbai the waiting period for the Meteor 350 has gone up to five months.

The Meteor 350 rivals the likes of the Honda H'Ness CB350 and also sits in the same price range as its competitor. It is also the first motorcycle from the Chennai-based bikemaker to receive the Tripper turn-by-turn navigation system which will soon also make its way on to the Royal Enfield's upcoming bikes in 2021, such as the new Himalayan, new-gen Classic 350 and the updated 650 Twins.

Apart from India, the Meteor 350 is also sent to the markets outside including Thailand, Europe and more.

Recently, the Chennai-based bike maker has also launched 'Make it Yours' customisation program for its range of helmets and apparel. (Find more details here)